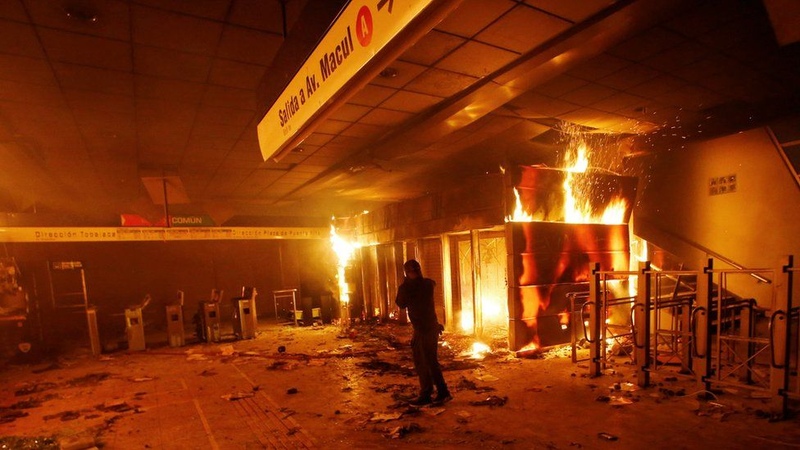 AKIPRESS.COM - A state of emergency has been declared in the Chilean capital, Santiago, after protests sparked by increased metro ticket prices turned violent, BBC reports.

Protesters - many of them high school and university students - jumped turnstiles, attacked several underground stations, started fires and blocked traffic, leaving widespread damage across the city and thousands of commuters without transport.

Television pictures showed protesters throwing stones, attacking police vehicles and burning at least one bus. Anti-riot police used tear gas and batons against some protesters, who have been demonstrating for days against the increase.

The unrest exposes divisions in the country, one of Latin America's wealthiest but also one of its most unequal. There have been growing complaints about the cost of living - especially in Santiago, a city of some six million people - and calls for economic reforms.