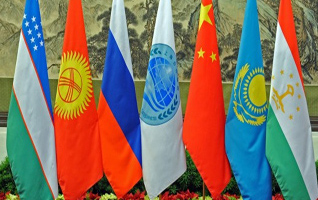 The ministerial consultations of the countries of the Shanghai Cooperation Organization on security issues were held in Beijing, the press service of the Ministry of Foreign Affairs of Kazakhstan reported.

The delegation of Kazakhstan was led by permanent representative of the country under the SCO Secretariat Bagdat Seitbattalov.

During the consultations, the participants discuss issues of the SCO member-states’ cooperation in spheres of regional security and stability including the scheduled presidential elections and withdrawal of international troops from Afghanistan in 2014. They also reviewed the questions of cooperation with Afghanistan in bilateral and multilateral formats.

Seitbattalov briefed on the results of the seminar regional and global disarmament and non-proliferation held in Astana from March 11-12. He reported on national efforts to develop a Universal Declaration of nuclear-free world and the celebration of the International Day against Nuclear Tests (August 29), initiated by the President.

Member of the Russian delegation, the Chief Adviser of the Security and Disarmament Department of the Russian Ministry of Foreign Affairs Mr. G. Lutay said that the Russian side respects the initiative of the President of Kazakhstan, commends the Kazakh side in disarmament and non-proliferation.