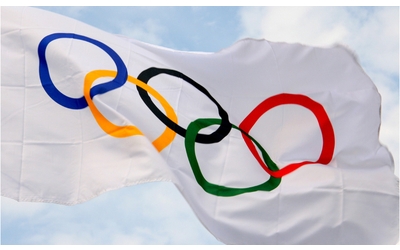 The International Olympic Committee (IOC) should ensure that the host of the 2022 Winter Olympics fully respects human rights commitments in preparing for and hosting of the games, Human Rights Watch said.

"Both countries in the running to host the games, China and Kazakhstan, have extremely poor human rights records. The IOC is to select the host city on July 31, 2015, at its 128th IOC Congress in Kuala Lumpur, Malaysia," said the HRW.

“Whether China or Kazakhstan wins the honor of hosting the 2022 Winter Games, the IOC will face an extreme test of its new commitment to improve human rights protections,” said Minky Worden, Global Initiatives director at Human Rights Watch. “The International Olympic Committee should insist that the host country rigorously comply with the Olympic Charter and basic human rights rules – or risk losing the right to host the games.”

Chinese and Kazakh authorities are openly hostile to media and activists who criticize the government and fail to protect freedom of expression, assembly, and association and other basic human rights. Discrimination and labor violations, and government failure to combat them, are serious concerns. Neither country provides effective, independent judicial mechanisms for people seeking protection from abuse.

The IOC visited both countries earlier in 2015 to evaluate conditions as part of the bid process. But the official reports did not adequately identify the serious human rights concerns. The China report says the inspection commission raised media freedom and Internet access with Chinese authorities and obtained “written assurances” that there would be “no restrictions,” concluding that there are “no … identified” risks to “media operations.”

For Kazakhstan, the inspection commission report fails to acknowledge serious potential risks regarding worker rights protections, media freedom, and freedom of assembly. Its report claims that the government provided “assurances regarding the right to demonstrate, media freedom to report on the Games and Games preparations with no restrictions on the Internet, labor rights, and displacement.” But it doesn’t elaborate on the content of such assurances, despite extensive evidence that the government doesn’t adequately protect these rights. In recent years the government has shuttered numerous independent media outlets, interfered with peaceful strikes, jailed labor activists, and routinely broken up peaceful protests.

Just after the commission’s visit in mid-February, parliament passed discriminatory anti-lesbian, gay, bisexual, and transgender (LGBT) legislation and sent it to President Nursultan Nazarbaev for his signature, in clear contradiction of Olympic prohibitions on discrimination. Although Kazakhstan’s Constitutional Council later ruled that the law was unconstitutionally vague, one lawmaker has suggested introducing a new version later this year.

“Kazakhstan needs to know that there will be zero tolerance for any effort to pass anti-LGBT laws, or for worker abuse and interference with media freedom or peaceful protest,” Worden said.

The International Olympic Committee should ensure that the 2022 host city contract includes specific provisions on the city’s commitment to ensure that human rights are respected and protected in the preparations for hosting and staging the games as well as sanctions for not complying, Human Rights Watch said.

The IOC should also establish in-house human rights expertise and an independent human rights monitoring body to report to it regularly on the implementation of the human rights requirements in the host city contract.