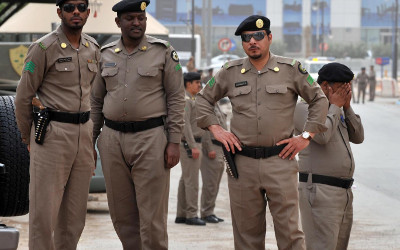 A Kazakhstani citizen is among 33 suspects detained on terrorism charges in Saudi Arabia over the past week, the English-language daily Saudi Gazette reports citing an unnamed source on Sunday.

Those detained include 9 Americans, 14 Saudis, three Yemenis, two Syrians, an Indonesian, a Filipino, a United Arab Emirates citizen, a Palestinian and a citizen of Kazakhstan, the report said.

Saudi Arabia in 2014 declared Islamic State a terrorist organisation and has detained hundreds of its supporters. The group, which controls territory in Iraq and Syria, has staged a series of attacks in the kingdom.

On Friday an attack at a Shia mosque in Saudi Arabia’s al-Ahsa district in Eastern Province killed four people and injured 18, the latest in a string of attacks claimed by Sunni jihadi militants that have left over 50 dead in the past year, reports Reuters.

The ministry on Saturday identified one of the attackers in al-Ahsa as 22-year-old Abdulrahman al-Tuwaijri, a Saudi citizen, who detonated an explosive vest outside the Imam Rida mosque in the Mahasen district of Hofuf in al-Ahsa.

A 27-year-old was also arrested wearing an explosive vest and carrying hand grenades when members of the mosque’s congregation seized him after he fired shots at them during the attack, the ministry said.

Attacks by supporters of Isis in Saudi Arabia include two bombings and two mass shootings at Shi’ite mosques. A mosque used by Sunni security services was also bombed

The Saudi clergy have denounced the group as “kharijites”, an early Islamic sect reviled by Muslims for its extreme ideology, reports The Guardian.