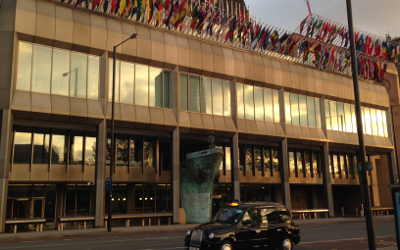 A delegation of Turkmenistan presented the Initiative on Establishment of Transnational Transit and Transport Corridors at the 96th meeting of the Maritime Safety Committee of the International Maritime Organization (IMO) in London.

The presentation offered information on establishment of multi-modal transit-transport corridors, East-West and North-South corridors, as well as the importance and capacities of the international sea port of Turkmenbashi.

The delegation of Turkmenistan held a meeting with Kitack Lim, Secretary General of the International Maritime Organization (IMO), on the sidelines of the event.

During the meeting, the sides discussed prospects of increasing partnership between Turkmenistan and IMO, reports Turkmenistan.ru.