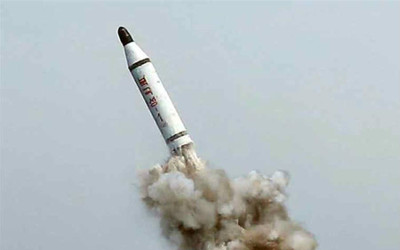 North Korea on Tuesday appeared to have tried and failed with a fresh ballistic missile launch in violation of existing UN resolutions, AFP reports quoting the South Korea's defense ministry.

The ministry declined to speculate on the missile type, but local media cited military sources as saying it was a powerful, medium-range Musudan missile that has already undergone three failed launches this year.

UN resolutions ban North Korea from any use of ballistic missile technology, although it regularly fires short-range missiles into the sea off its east coast.

The defense ministry in Seoul said the missile test took place at around 5.20 am South Korean time near the eastern port city of Wonsan.

In April, the North failed three times to test fire a Musudan, which has an estimated range of anywhere between 2,500 and 4,000 kilometers.

The lower range covers the whole of South Korea and Japan, while the upper range would include U.S. military bases on Guam.