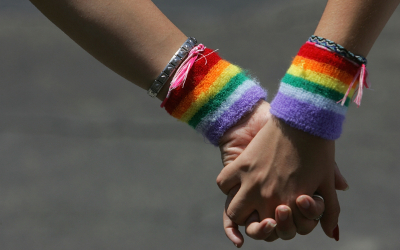 LGBT activists and NGOs started carrying out activities in the second half of the 1990s in Mongolia, and as a result, the situation for LGBT people has improved, according to The China Post.

From phobia to hope: On LGBT rights in Mongolia

The word "phobia" in English, derived from the Greek word "phobos," means fear or aversion. On the one hand, people dislike things they are afraid of. On the other hand, one could be afraid of something unknown, and even feel strong dislike toward it. As American author H.P. Lovecraft puts it, "The oldest and strongest emotion of mankind is fear. And the oldest and strongest kind of fear is fear of the unknown."

Today in Mongolia there are those who accept and positively perceive the rights of sexual minorities or the lesbian, gay, bisexual and transgender (LGBT) community, whereas there are others who stigmatize and dislike them. These are the people who do not have adequate understanding and information about the LGBT community members, while believing false word of mouth information, incorrect interpretations and even propaganda concerning the community, thus blindly denying the sexual minorities' rights. And all of this has to do with the aforementioned fear of the unknown. This is called homophobia and transphobia.

Because there was no information about sexual minorities in Mongolia and no platform to discuss these issues openly, transparently and reasonably, LGBT activists and NGOs started carrying out activities in the second half of the 1990s. As a result, the situation has gotten somewhat better. International human rights law, UN treaties and conventions, as well as basic principles prohibit discrimination, hatred and unequal treatment of individuals based on their sexual orientation and gender identity.

When this happens, local cultures, customs and traditions are usually used as an excuse. This is the case in Mongolia. When we discuss LGBT rights, some people react that this should not be happening in our country. In fact, it is not true if we say Mongolia is a nation without sexual minorities. In 2013, the Undestnii Toim magazine dedicated its whole edition No. 37 (188) of Sept. 16, 2013 for the first ever Pride Week of Mongolia (from 2014 it was called Equality and Pride Days), focusing on the rights of sexual minorities. Its journalists wrote on the subject matter by doing research from many different perspectives. One of them keenly observed the masterpiece "One Day in Mongolia" painted by B.Sharav, in which two men are depicted having sex and the journalist concluded that "this could well be an answer to those who view that same-sex relations were imported from the West along with democracy."

However, when vernacularized on the ground, these international human rights ideas face various rejection and resistance. Despite us, humankind, having black, white or yellow skin, having various religions such as Buddhism, Christianity, Islam, etc., being developed, developing or poor, having a democratic society, communist regime, or authoritarian governance, or living in a nomadic civilization or urban culture, we have our inherent, natural human dignity and deserve to enjoy the rights we are born with, no matter what. All people eat and drink, wear clothes, love each other, suffer and feel happy. But it is often the case that there are some issues that are not accepted at certain historical times at the national level due to these political, social, economic or cultural factors and differences.

In line with the Mongolian saying "look into your own chest of drawers, instead of looking for something from other households," it is clear that we need to study what kind of local practices and habits we had in terms of sexual minorities in our social and cultural frameworks. As the masterpiece "One Day in Mongolia" reflected the ordinary lives of Mongolians of that time, it aimed to describe life as it was. Besides painting and arts, our scholars should look into human relations and characteristics from sexual minorities' viewpoints in shamanism and religion as well.

On the other hand, from a linguistic and cultural standpoint, it might be hard for some to vernacularize the concepts and subjects and to become accustomed to using foreign terminology such as LGBT, giving the impression that we are about to domesticate something that had not existed before.

The only way to overcome fear of the unknown is to charge oneself with knowledge and information. As I said before, fear is an emotion, but one will be able to see things in a broader sense, if this subjectivity could be complemented with objective nature such as facts, evidence and scientific knowledge. Fear and hatred would not bring about any positive results, but by understanding each other, accepting diversity of one another and feeling the value of co-existence, I think that we could reignite the hope for joint development in the future.