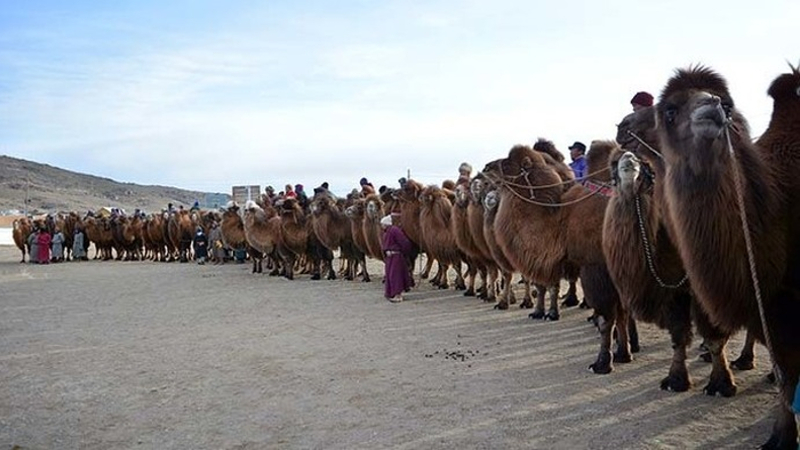 AKIPRESS.COM - The fascinating Camel Festival took place in the western Mongolian province of Bayankhongor on January 6-7. Over 90 herders congregated with their camels from the Bayan-Undur, Shinejinst, Jinst Bayanlig soums (districts) of the Bayankhongor and Govi-altai provinces. In all, more than 150 camels participated in the race, reports news.mn.

A ten-year-old male camel belonging to herder Shoovoi from the Shinejinst soum (district) has been named ‘Best camel’ of the year. A total of 22 male camels took part in a competition in which they were rated on their appearance

The Mongolian camel population had been decreasing until 2000 but is now steadily growing.

Mongolians have been celebrating the “Thousand Camel Festival” over the last few years. The festival, held close to the town of Dalandzadgad, celebrates the Bactrian two-humped camel which has played an important role in the life of the Gobi nomads for centuries.

Over 1000 camels and their owners gathered at the festival. Highlights included a camel race and a camel polo match. Traditional Mongolian musicians and dancers also provided great performances at the festival.