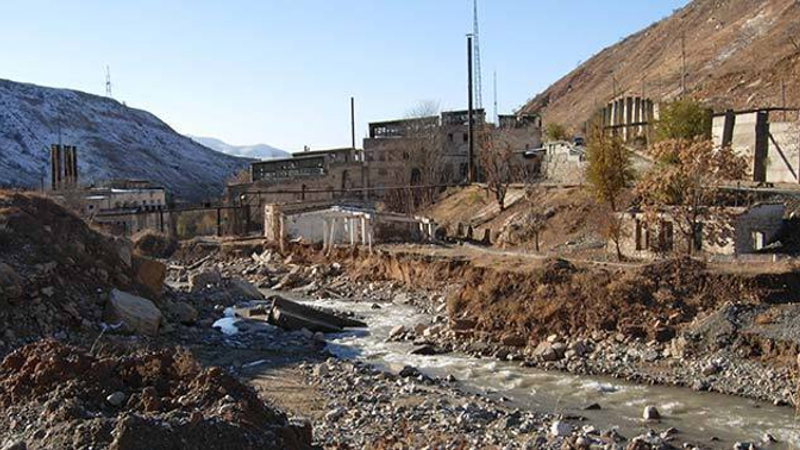 AKIPRESS.COM - Framework agreements have been signed with the Kyrgyz Republic and Tajikistan on EBRD nuclear safety fund which will provide the legal basis for implementation of projects in these countries.

The purpose of the “Environmental Remediation Account for Central Asia” is to support measures to deal with the legacy of Soviet-era uranium mining and processing in the region.

The uranium mining legacy fund was established at the European Bank for Reconstruction and Development in May 2015 at the request of the European Commission (EC) to finance projects to rehabilitate high-priority sites in Central Asian countries. The EC has made funds available for some initial remedial projects.

Central Asia served as an important source of uranium in the former Soviet Union. This led to a large amount of radioactive contaminated material from the mining industry being disposed of in waste dumps and tailing sites. Most mines were closed by 1995 but very little remediation was carried out.

The accumulation of radioactive contaminated material in the region is a threat to the environment and to the health of the population. Many of the uranium legacy sites are concentrated along the tributaries to the Syr Darya River, which runs through the densely populated Fergana Valley, the agricultural centre of the region that is shared by the Kyrgyz Republic, Tajikistan and Uzbekistan.

The risk to the environment and the population has been recognized globally as, for instance, expressed in UN resolution No.68/218, which calls for support for the affected countries.

The now-concluded framework agreements set out conditions for implementing the remediation programme, such as tax exemption, the application of EBRD policies, including the Bank’s environmental and social policy as well as the procurement rules and policies, and provisions for effective and efficient project implementation.

EBRD First Vice President Phil Bennett said: “The conclusion of framework agreements with Tajikistan and the Kyrgyz Republic marks an important milestone. The preparatory phase of the Environmental Remediation Account has come to a close and work can start to address a serious hazard for the population of Central Asia and for stability in the region. We look forward to cooperating with our partners in the region as well as with donors to help achieve this important goal.”

The EBRD has been managing nuclear safety and decommissioning funds on behalf of the international community since 1992, when the G7 requested the creation of the Nuclear Safety Account to deal with the legacy of Soviet-era nuclear facilities. Later, the Chernobyl Shelter Fund, three international decommissioning support funds for Bulgaria, Lithuania and the Slovak Republic and the Nuclear Window of the Northern Dimension Environmental Partnership Support Fund were also established and placed under the management of the EBRD Nuclear Safety Department. In November 2016, the New Safe Confinement structure was successfully moved into its final position over Chernobyl’s damaged reactor 4.