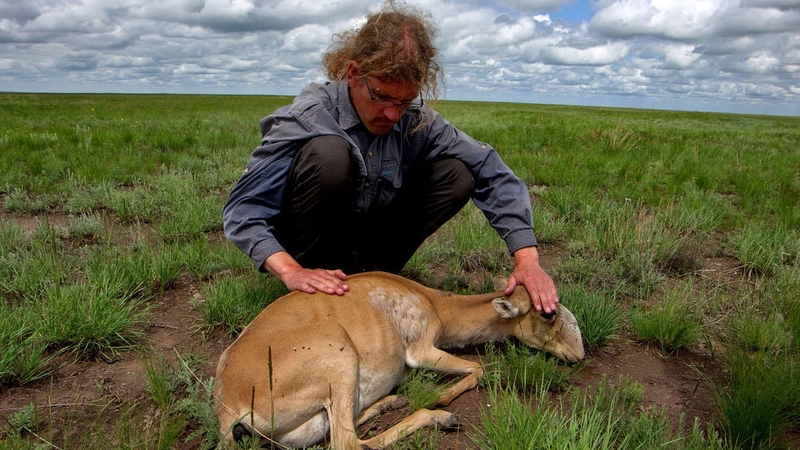 AKIPRESS.COM - The international pledge to eradicate a devastating livestock disease affecting mostly sheep and goats has taken on new urgency in the wake of a mass die-off of a rare Mongolian antelope, according to the United Nations Food and Agriculture Organization (FAO).

A news release from FAO said that some 900 Saiga antelopes (Saiga tatarica mongolica), almost 10 percent of the sub-species’ population, have been found dead in Mongolia’s western province of Khovd.

Samples taken from carcasses indicated the animals were positive for Peste des Petits Ruminants (PPR), a highly fatal viral disease with plague-like impact on domestic sheep and goat herds, killing up to 90 percent of infected animals.

While wildlife have long been considered potentially vulnerable, relatively few actual cases of PPR infection have been documented in free ranging wild goat-like species and never in free-ranging antelope.

FAO and the World Organisation for Animal Health (OIE) are leading a multinational effort to eradicate PPR, which can have devastating food-security and economic impacts, by 2030.

Eighty percent of the world’s estimated 2.1 billion small ruminants live in affected regions and constitute an important asset for a third of poor rural households. PPR, first identified in Côte d'Ivoire in the 1940s, is now threatening over 75 countries.

Saiga in Mongolia are not truly migratory but are certainly nomadic with an extensive range of about 130,000 square kilometers with seasonal movements in autumn for breeding and early spring for calving. The species, was once widely spread across the Eurasian steppes, is classified as critically endangered by the International Union for Conservation of Nature.

The dead are highly suggestive of a spillover event from domestic animals with which they share common grazing areas, especially in winter when foraging ranges are fewer. Efforts are ongoing to investigate the situation on the ground, geared in particular to investigating possible other causes, such as the bacterial infection (Pasteurella multocida) that is now suspected to have been the cause of death of hundreds of thousands of Saiga in Kazakhstan in 2015.