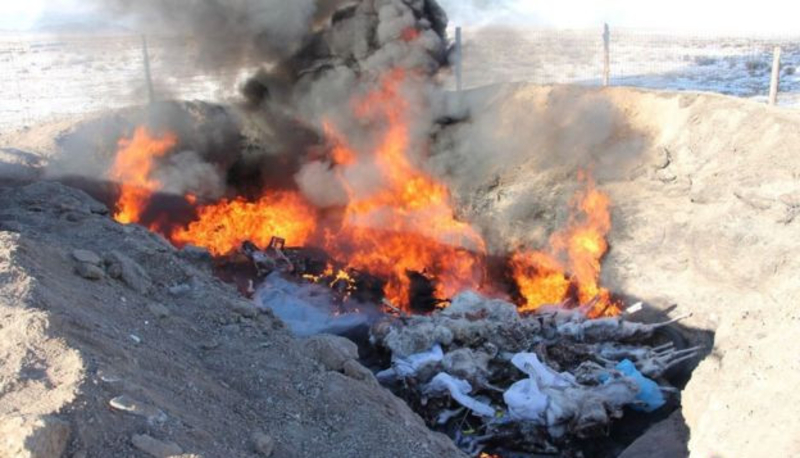 AKIPRESS.COM - The death of more than 2,000 critically endangered saiga antelope in Mongolia was caused by a disease that could now threaten the entire population, BBC reported.

It is a virus known as PPR or Peste des Petits Ruminants.

"The first case of PPR was confirmed in the Saiga on only 2nd January this year," Dr Shiilegdamba told BBC News.

She and her colleagues say that this is the first deadly infectious outbreak known to have occurred in this population of animals. And beyond this one, rare species, there is concern for the impact on the wider grassland ecosystem.

"Many other species share this same range," explained Dr Shiilegdamba, "including ibex and big-horned sheep." "And there are about 1.5 million Mongolian gazelle that migrate through the eastern part of the country. If this [spreads east] and hits the gazelle population, it could be economically and ecologically devastating."

One major concern is that, with the disappearance of wildlife in the area, there will be a lack of prey for the endemic snow leopard.

As well as affecting the health and population of these carnivores, this could put leopards at greater risk of being shot by farmers - as a lack of wild prey drives them to take livestock.

Herds of sheep, goats and other domestic livestock in the affected area have been vaccinated, but Dr Amanda Fine, a vet with the WCS wildlife health program in Asia said that "further immunisation" was needed "in not only Saiga range areas but [in the habitats] of other affected species".

"We need to ensure the disease does not spread to unaffected populations," added Dr Fine, "in order to save the last population of Mongolian Saiga from extinction".