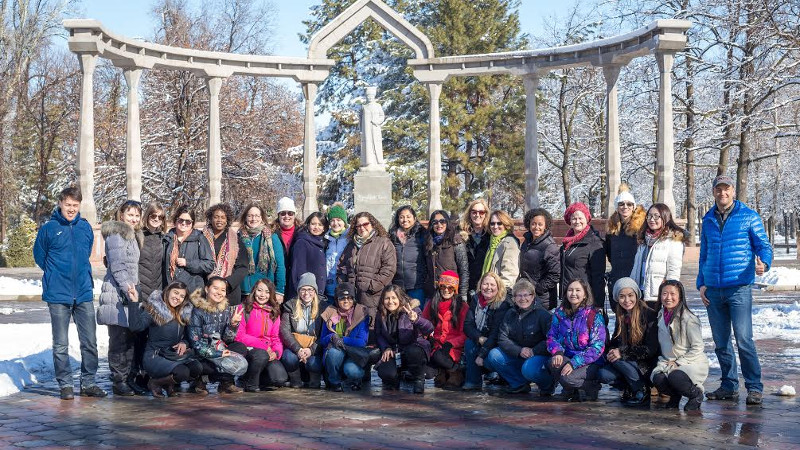 AKIPRESS.COM - From February 26 to March 3, 2017 Sixteen business and technology leaders from the United States traveled to Kyrgyzstan as a delegation of the TechWoman program, U.S. Embassy said.

The delegation will include senior tech executives from the Silicon Valley and professionals who promote STEM education and technology in the United States. The delegation will work with Kyrgyzstani alumni of the TechWoman program to carry out informational and mentoring sessions for young people and professionals working in the areas of science, technology, engineering and math (STEM) in Kyrgyzstan. During the week-long program, the delegation will visit non-governmental organizations, private and public enterprises, universities, schools, incubators, and innovation hubs to expand networks of women in STEM around the world. Delegation members represent the Anita Borg Institute, HGST, Juniper Networks, Lawrence Hall of Science, LinkedIn, Mentoring Standard, NASA, Positive Impact Partner, Silicon Valley Link, Singularity University, Sunrun, Symantec and Twitter.

The TechWomen program concept is simple - America’s high-tech leaders, the people who drive innovation in the United States, volunteer to mentor women entrepreneurs from around the world so that they are better able to apply technology to transform their own societies. Through mentorship and exchange, TechWomen increases mutual understanding between key networks of professionals and expands girls’ interest in STEM careers by exposing them to female role models. The TechWomen program increases the trade capacity of the participating countries, promotes economic advancement, and enables women to reach their full potential in business and the science and tech industries.

In addition to sending delegations of American TechWomen mentors abroad, the program brings young women leaders to the United States. To date, over 400 women from Africa, the Middle East, and Central Asia have participated in five-week TechWomen exchange visits to the Silicon Valley, including 13 women from Kyrgyzstan. During the exchange programs, participants connect with their counterparts for project-based mentoring, action planning, leadership workshops and cultural exchange.

Launched in 2011, TechWomen is an initiative of the U.S. Department of State, implemented through the Institute of International Education, which supports our global commitment to advance the participation of women and girls around the world in the business and technology sectors.