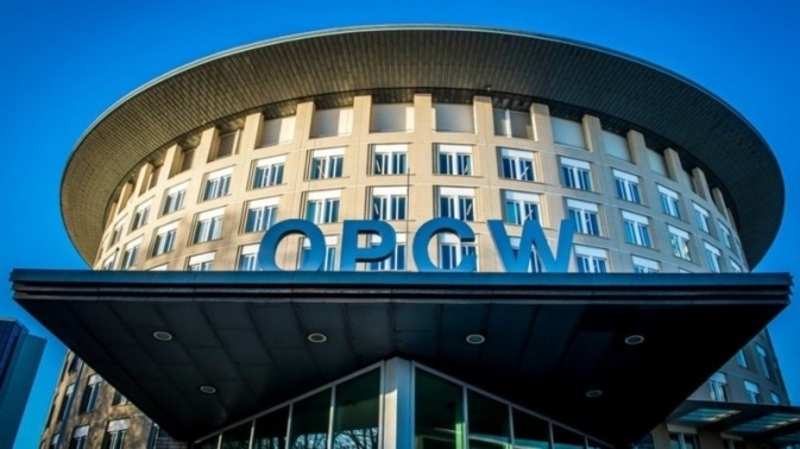 AKIPRESS.COM - On March 7, 2017, the 84-Session of the Executive Council of the Organization for the Prohibition of Chemical Weapons (OPCW) started its work in The Hague. 167 States Parties are participating in the Session, said the Kazakh foreign ministry on March 10.

The agenda of the session includes the 20th anniversary of the OPCW, the situation in Syria and Iraq, topical issues and priorities for the work of the Organization. The Kazakh delegation is headed by Ambassador and Permanent Representative of Kazakhstan to the OPCW Magzhan Ilyassov.

In his speech at the opening of the session Ilyasov informed the participants about the contribution of Kazakhstan in strengthening of global peace and security, including hosting of the peace talkson the settlement of the Syrian crisis as a recognized international platform.

It was stressed that Kazakhstan, being a non-permanent member of the UN Security Council for the period 2017-2018, is taking a constructive part in international efforts to strengthen regional and global security. In this context, the Kazakh diplomat highly appreciated the decision of the UN Security Council to extend the mandate of the OPCW-UN Joint investigative mechanism (JIM) to the use of chemical weapons in Syria.

In conclusion, Ilyasov noted the readiness of Kazakhstan to cooperate with the OPCW Executive Council and the States Parties to implement the Convention on the Prohibition of Chemical Weapons, as well as its universalization.

The session of the OPCW Executive Council will last until the 10th of March 2017 and will end with the adoption of the package of documents listed on the agenda.