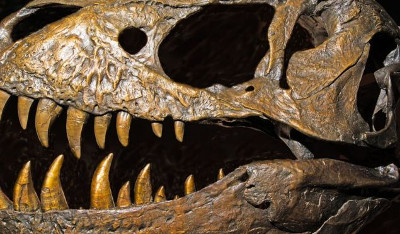 The first may have originated in the Northern Hemisphere, possibly in an area that is now Britain, reports BBC.


This is one of the conclusions of the first detailed re-evaluation of the relationships between dinosaurs for 130 years.

It shows that the current theory of how dinosaurs evolved and where they came from may well be wrong.

This major shake-up of dinosaur theory is published in this week's edition of the journal Nature.

The reassessment shows that the meat eating beasts, such as Tyrannosaurus rex and Velociraptor, have been wrongly classified in the dinosaur family tree.

One of the implications is that dinosaurs first emerged 15 million years earlier than previously believed.

And the fossil evidence suggests that this origin may have occurred further north than current thinking suggests - possibly in an area that is now the UK, according to the new study's lead author, Matthew Baron of Cambridge University.

"The northern continents certainly played a much bigger role in dinosaur evolution than we previously thought and dinosaurs may have originated in the UK," he told BBC News.

The previous version of the dinosaur family tree was developed 130 years ago by Harry Govier Seeley, a palaeontologist also working at Kings College, London.