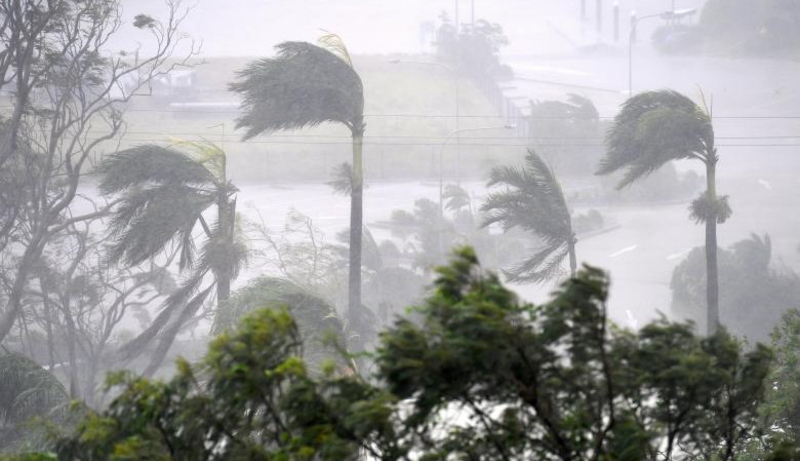 AKIPRESS.COM - Australian authorities told 40,000 people to evacuate to higher ground on Thursday as a storm system generated by a powerful cyclone that pummeled the northeast two days ago swept down the coast with heavy rain, Reuters reported.

Driving rain fell most heavily on Thursday in hinterland and coastal areas either side of the state capital, Brisbane.

The cyclone was downgraded to a tropical low depression on Wednesday but on Thursday was driving squalls with torrential rain across a 1,200-km (745-mile) stretch of Australia's east coast, swelling rivers, causing flash floods and prompting authorities to tell 40,000 people to evacuate.

In Lismore in the north of neighboring New South Wales state, the State Emergency Service order 7,000 residents in low-lying areas to leave after forecasts predicted the town's worst flood in nearly 20 years.

A levee protects the rural hub in the Northern Rivers region of New South Wales, home to at least 25,000 people, but most of those downtown planned to seek higher ground, Geoff Baxter, a barman at the Richmond Hotel told Reuters.

"We're clearing out the pub, mate, and closing it up. All the shops got closed, everyone's clearing up their cellars," he said.

In the cyclone-hit zone further north still, military helicopters, ferries and planes brought hundreds of holidaymakers stranded on resort islands in the storm's path to the mainland, where tens of thousands more people were without power.

Resorts along the world-famous Great Barrier Reef and the Whitsunday coast bore the brunt of the storm with wind gusts stronger than 260 kph (160 mph).