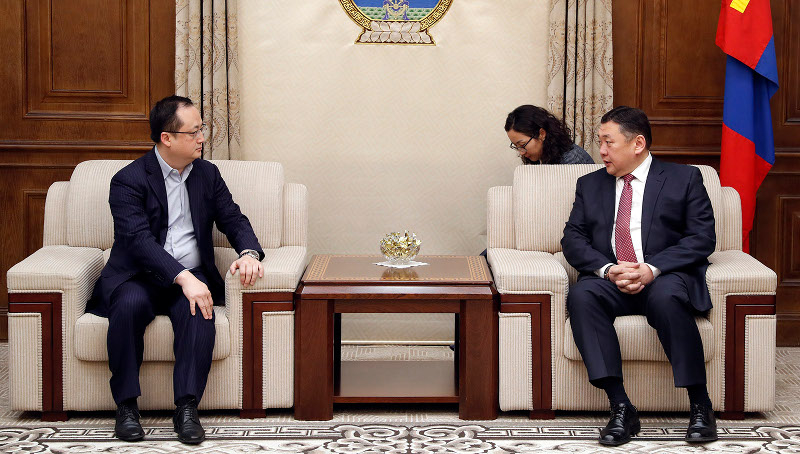 Asia Broadcast Satellite Limited, also known as ABS, the company serves broadcast and telecommunications operators in the Asia Pacific, Africa, Eastern Europe, the Middle East, the CIS countries and North America, the department for press and public relations of the Parliament reported.

At the beginning of meeting, CEO Thomas Choi acknowledged that Mongolia successfully launches its first satellite namely MONGOLSAT-1, which represents Mongolia's first co-branded satellite in its history and the capacity of MONGOLSAT-1 will be used to launch a nationwide digital satellite TV, telecommunications and broadband services.

After, he handed the ABS-2A & MONGOLSAT-1 Co-Branding Agreement to Mr. Enkhbold that cites ABS is honored to co-brand 12 x 27 MHz capacity on ABS-2A at the prime orbital location of at 75-degrees East, as MONGOLSAT-1 satellite, which is dated from April 19, 2017.

During the meeting, Chairman M.Enkhbold noted, “the project that began over 10 years ago has been finally accomplished. This is a historic event and we proud that Mongolia sends its first satellite off to the space. With this most advanced modern technology, we are now able to conduct independent space studies, develop more accurate maps of Mongolia and better prevention of natural disasters."