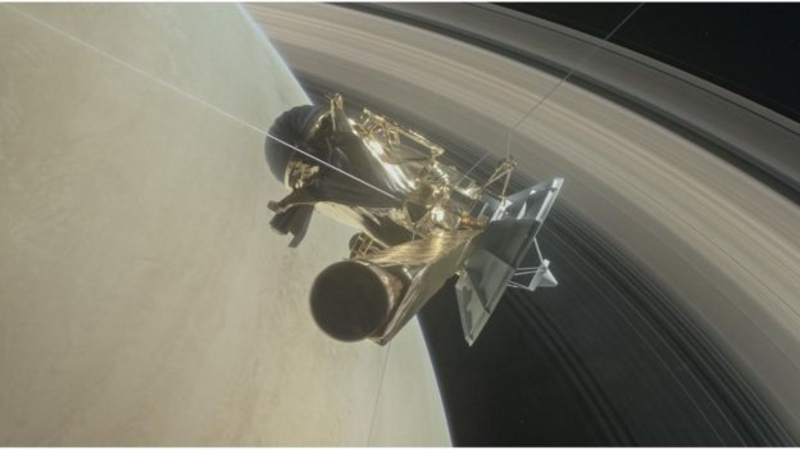 AKIPRESS.COM - The American space agency says the Cassini satellite encountered very few particles as it dived between Saturn and its rings last week.

There were fears that the probe might hit fragments of ice or rock, and that these could cause significant damage. Cassini made the plunge with its radio dish pointing forward like a shield, BBC reported.

But the latest analysis indicates there were hardly any impacts and those particles the probe did strike were only smoke-sized.

"The region between the rings and Saturn is 'the big empty,' apparently," commented Cassini project manager, Earl Maize, of Nasa’s Jet Propulsion Laboratory in Pasadena, California.

"Cassini will stay the course, while the scientists work on the mystery of why the dust level is much lower than expected."

The outcome is good news because four of the remaining gap-runs that Cassini will execute before terminating its mission in September will edge even closer to Saturn’s inner D-ring.

These manoeuvres also are expected to see the probe lead with its antenna in the shield configuration.

Cassini is booked to make a further 21 plunges through the 3,000km-wide opening between the planet's cloudtops and the D-ring, with the next occurring at 19:38 GMT On Tuesday.