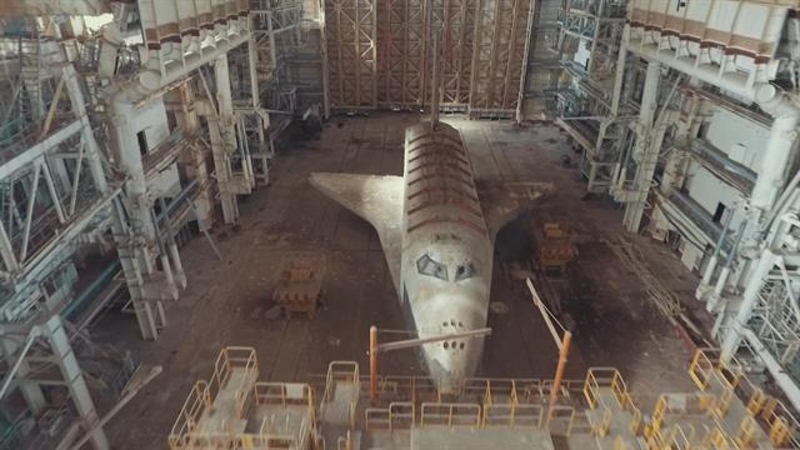 AKIPRESS.COM - Tucked into a lonely hangar at Baikonur Cosmodrome on the Kazakh steppe, two Soviet-era space shuttles are quietly gathering dust, bird poop, and rust. They’re also attracting photographers eager to sneak around the ruins, such as Alexandar Kunas, who recently filmed part of his journey into the cavern where the derelict shuttles are housed, Nadia Drake published for National Geographic.


One shuttle, named Ptichka, never left Earth. The other, a test vehicle, was never meant to fly.

It’s a rather unceremonious end for these abandoned icons of a once-proud space program. The space shuttles were designed and built during the 1970s and 1980s as part of the USSR’s attempt to outdo the U.S. winged orbiters. As envisioned, the Soviet shuttles would not only be able to fly themselves, they would also lift vastly heavier cargo into space that could then be used to build space stations and weapons.

A casualty of the waning days of the Cold Water and a collapsing Soviet economy, the shuttle program never took off — despite the successful flight in 1988 of an unpiloted orbiter named Buran, which loosely translates to “snowstorm” or “blizzard.”

Buran would be the only Soviet orbiter to leave Earth. In 1993, Boris Yeltsin canceled the program entirely, leaving some vessels to rot in a hangar while others were put on display in such places as the Sydney Summer Olympics and Moscow’s Gorky Park.

Buran, the shuttle that actually flew, was destroyed in 2002 when its hangar collapsed after an earthquake, killing eight people. Ptichka and this other test shuttle remain at Baikonur, beckoning those who enjoy visiting moldering relics of the Cold War and yesterday’s quests to send humans to space.

In 2015, photographer Ralph Mirebs ventured into the complex and captured images of the forgotten monuments to a bygone space race.