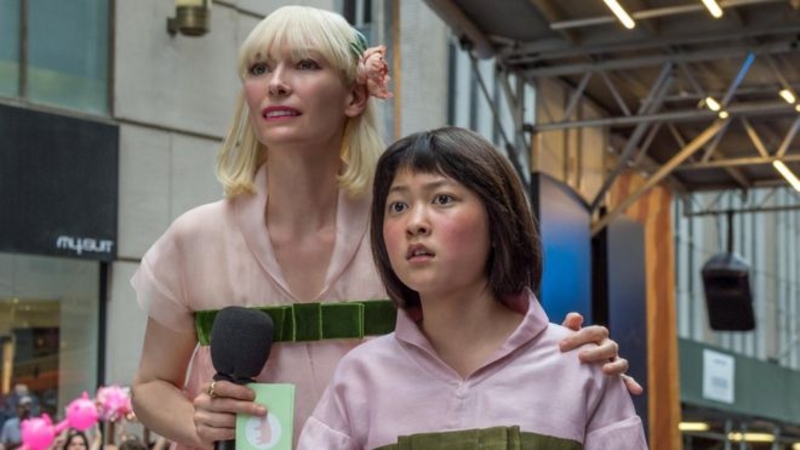 AKIPRESS.COM - A screening at the Cannes Film Festival had to be stopped after the film was booed in its first few minutes, BBC News reported.


Okja, starring Tilda Swinton and Jake Gyllenhaal, has been controversial because producer Netflix has refused to screen it in French cinemas.

The audience booed the Netflix logo, which appeared before the film started, and it then became clear the film was playing in the wrong aspect ratio.

After the jeers, the movie was stopped and restarted without explanation.

Some film journalists in the screening uploaded videos of the heckling on social media.

The BBC's Lauren Turner, who was at the screening, said: "There was shouting from the upper seats and it became apparent the aspect ratio was wrong, so they restarted it after about 10 minutes.

"The second time around the audience booed the Netflix logo again. But there was also some cheering at the same time and a warm round of applause at the end."

A statement from the Cannes Film Festival said: "This incident was entirely the responsibility of the Festival's technical service, which offers its apologies to the director and his team, to the producers and the audience."

On Thursday, there was also some booing when the Amazon logo came up at the beginning of Wonderstruck, which stars Julianne Moore and Michelle Williams.