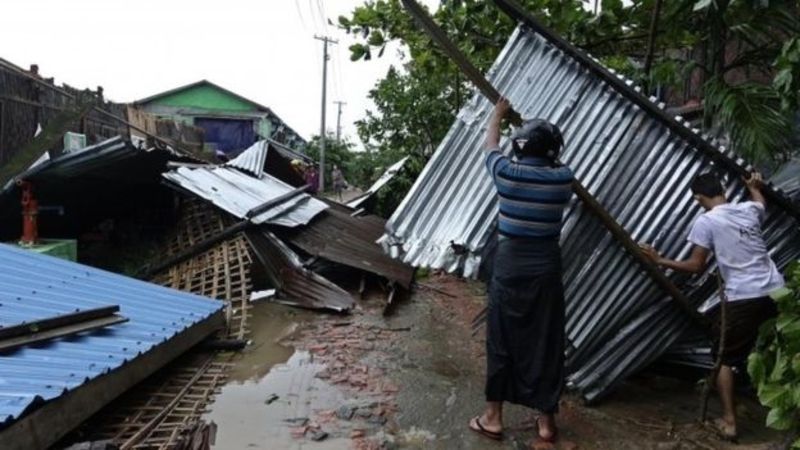 Most of them were killed by falling trees in the districts of Cox's Bazar and Rangamati, BBC reports referring to officials.

The authorities have moved hundreds of thousands of people to shelters. People have been evacuated to shelters, schools and government offices.

Large camps have been set up in Cox's Bazar for hundreds of thousands of Rohingya who have fled violence in Myanmar.

Cyclone Mora made landfall at 06:00 local time (00:00 GMT) between the fishing port of Cox's Bazar and the city of Chittagong, with winds of up to 117 km/h (73mph), the country's meteorological department said.

Cyclone Mora will move northwards past Chittagong, weakening as it moves further inland and downgrading from a Category One hurricane to a tropical storm, tracking website Tropical Storm Risk forecasts.

Parts of eastern India are expected to be affected later on.