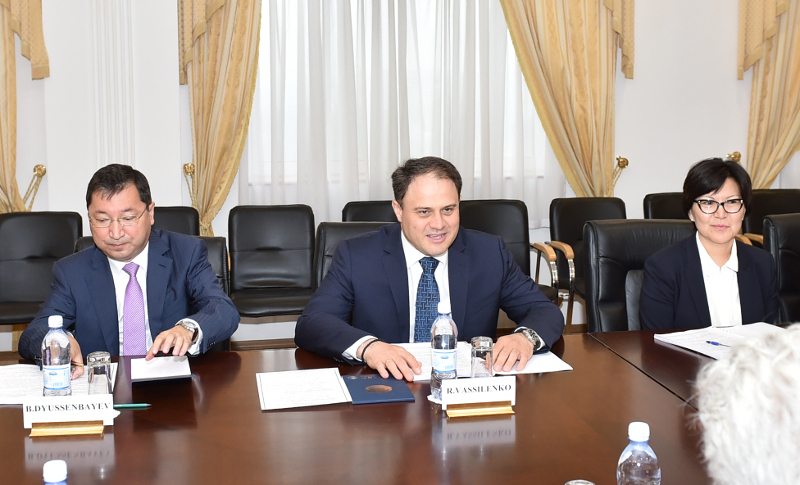 AKIPRESS.COM - Astana hosted the political consultations between Kazakhstan and Spain on May 30, the press service of the Kazakh foreign ministry said.

The consultations were held as part of the events dedicated to the 25th anniversary of diplomatic relations between the two countries and on the sidelines of the visits of Spanish leaders to Astana for EXPO 2017.

With regard to the exhibition theme (Energy of the future), Vassilenko highlighted the importance of Spain's achievements in the renewable energy field.

Spain is one of Kazakhstan's key political partners in Europe, being the second in the region to sign an Agreement on strategic partnership with our country (2009). In 2016, bilateral trade reached $1.35 billion.

The expansion of economic and investment interaction is facilitated by the dynamic activities of Intergovernmental Commission for Economic and Industrial Cooperation, as well as the Kazakhstan-Spain Business Council.

The counterparts discussed prospects of political, economic, cultural and humanitarian cooperation, and emphasized the need to enhance the legal framework in different fields. In addition, officials exchanged views on current international problems.

The State Secretary for International Affairs of Spain welcomed Kazakhstan's international initiatives, primarily, those pursued in the course of its UN Security Council membership. The Spanish official expressed the willingness of his country to provide further support to Kazakhstan in the international arena.