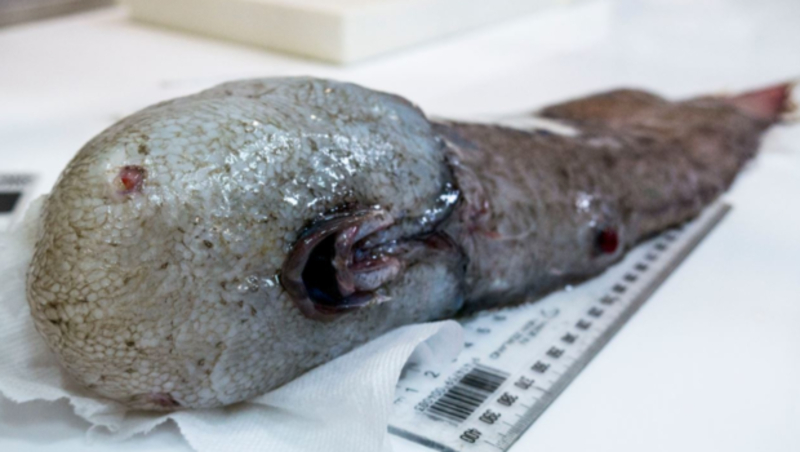 AKIPRESS.COM - While exploring the depths of a massive abyss off the coast of Australia over the weekend, a group of scientists came upon an odd-looking creature — a large, faceless fish, CBC News reported.

The brownish white fish was unrecognizable, without eyes or anything that resembled gills.

A group of 40 scientists from Museums Victoria and the Australian government's Commonwealth Scientific and Industrial Research Organisation (CSIRO), who are traveling on a research vessel for a month-long journey that began on May 15, caught the creature in the Jervis Bay Commonwealth Marine Reserve some 13,000 feet below the surface. The temperature of the water was barely above freezing.

"Everyone was amazed," one CSIRO scientist described in a blog post Tuesday. "We fishos thought we'd hit the jackpot, especially as we had no idea what is was."

They sent in tissue samples and emailed several images of the mystery fish to experts who work on abyssal fishes.

"We even conjured up possible new scientific names," an enthusiastic CSIRO scientist added.

Then eel expert John Pogonoski, who works for CSIRO's Australian National Fish Collection, examined the fish while onboard the vessel and shared some shocking news with the crew — the fish wasn't a new species after all.

It's actually a cusk eel with the scientific name Typhlonus nasus, which is derived from Greek, meaning "blind hake."

"So, it's not a new species, but it's still an incredibly exciting find, and we think ours is the largest one seen so far," CSIRO explained in the blog post.

The fish, which scientists dubbed the "Faceless Cusk," has not been spotted in the area for more than a century.