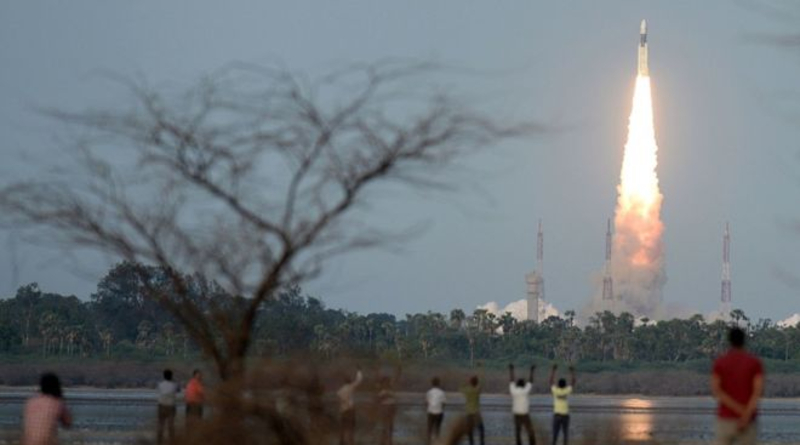 The 640-tonne rocket blasted off from a launching site off the Bay of Bengal in Sriharikota.

India has so far relied on other countries to send heavy satellites into space, which is expensive and a drain on Isro's budget. Experts say the rocket gives India more flexibility in launching different kinds of satellites.

The GSLV Mark III can carry put a payload weighing more than three tonnes into the high altitude orbit occupied by the spacecraft that relay TV, telephone calls and broadband connections.

Isro hopes that the rocket, called the "monster" by one Indian newspaper, will be able to carry an astronaut to space by 2024.

India wants to become the fourth country after the US, China and Russia to send a person into space.

Launch follows Isro's other recent achievements, including a mission to Mars, and the launch of more than 100 satellites in a single mission earlier in the year.