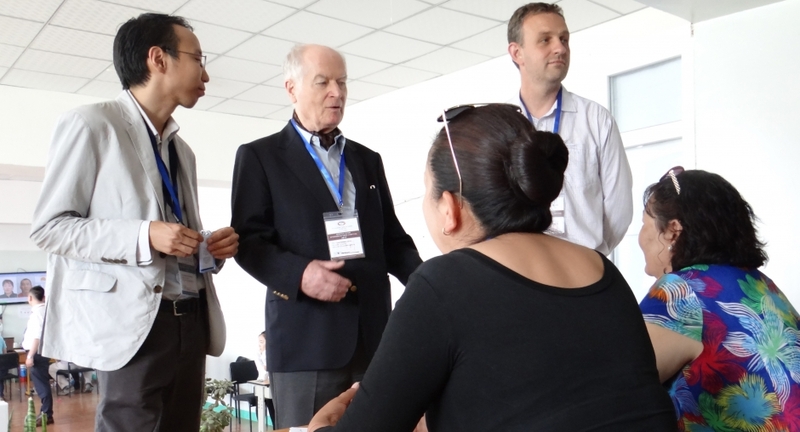 AKIPRESS.COM - The first ever runoff in a presidential election in Mongolia, on 7 July, took place against a backdrop of legal uncertainty, OSCE said.

Positively, the General Election Commission (GEC) issued clarifying regulations and administered the election in an efficient manner, and polling station staff facilitated voting on election day in a professional manner, the election observation mission from the OSCE Office for Democratic Institutions and Human Rights (ODIHR) said in a statement released today. The law was widely interpreted as prohibiting campaigning. Calling on voters to cast blank ballots in protest was a distinct feature of the runoff, the observers said.

“The laws and regulations governing the process generally provide an adequate basis for holding democratic elections, but the fact that they contain few provisions explicitly pertaining to a second round, coupled with the novelty of a presidential run-off, led to confusion amongst stakeholders and voters,” said Ambassador Geert-Hinrich Ahrens, Head of the ODIHR mission. “This created a challenge for the General Election Commission and the election administration in general but, for the most part, they met this challenge and administered the election in an efficient and effective manner.”

The GEC addressed the legal ambiguities and provided guidance to lower-level commissions. Election materials, including electronic vote-counting equipment, were prepared within the condensed timeframe, and the GEC and some lower-level commissions took measures to inform voters about the election date, which was moved from the originally scheduled 9 July, and to motivate them to vote.

The absence of provisions on campaigning between the two rounds resulted in a low-key approach by the candidates, who focused on door-to-door canvassing and the use of social media to reach voters. The candidate from the Mongolian People’s Party used his position as speaker of parliament in a way that blurred the line between his official functions and campaigning, the statement says.

The statement released after the first round by the ODIHR mission and observer delegations from the OSCE Parliamentary Assembly and the European Parliament described it as “competitive and well-organized, featuring a short yet fierce campaign”, adding that the election administration largely enjoyed public confidence and the freedoms of assembly and expression were generally respected. The statement also highlighted that the protracted resolution of complaints, as well as pending court cases, led to uncertainty regarding candidacies. Some of these court cases have still yet to be resolved.

The political discourse between the two rounds centred on voter turnout and the prospect of casting blank ballots as a form of protest in order to trigger a new election, the observers said. The Mongolian People’s Revolutionary Party, whose candidate did not qualify for the second round, endorsed the “blank ballot” strategy. The General Election Commission (GEC), meanwhile, issued statements equating the “blank ballot” initiative with campaigning, which it stated was prohibited by the Law on Elections.

Defamation and libel were decriminalized on 1 July. The fines for such offences, however, remain disproportionally high and apply to online posts by individuals as well. Media continued the tendencies observed in the first round: while two major stations monitored were neutral in their coverage, three displayed bias, respectively, in favour of the positions of the three parliamentary parties. The public national broadcaster largely refrained from covering the candidates between the two rounds.

The observers were informed about a large number of complaints of vote-buying filed with lower-level election commissions and the police. Prominent police investigations of alleged financial dealings that affected the pre-election environment prior to first-round voting were not resolved before the runoff.

“Our mission will remain in Mongolia through the conclusion of the electoral process, and the final report issued in about eight weeks from now will include recommendations on how the process can be improved,” Ahrens said. “As always, ODIHR is ready to work with the authorities and all other stakeholders in the follow-up on those recommendations.”