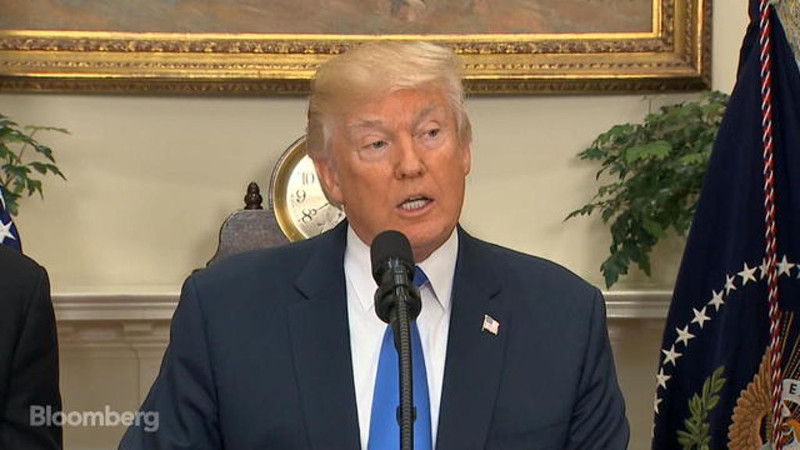 AKIPRESS.COM - President Trump threw his support Wednesday behind a Senate bill that would cut legal immigration in half and impose a merit-based system, giving preference to English-speaking immigrants who demonstrate job skills and curtailing the traditional pipeline that rewarded extended family ties, The Washington Times said.


Meeting at the White House with Republican Sens. David Perdue of Georgia and Tom Cotton of Arkansas, the bill’s sponsors, the president said the legislation would be the biggest change to immigration policy in 50 years. His aides signaled that they expect it to be a major part of the national debate heading into midterm elections next year.

Democrats vowed to resist the changes, and immigrant rights groups said Mr. Trump was catering to “white nationalists” with the proposal, which would slash legal immigration over the next decade from about 1.1 million green cards a year to 500,000.

The bill would also prevent immigrants from accessing welfare and would replace the employment visa system, which relies on businesses to pick immigrants, with a skills-based system that gives the government a bigger role in selecting applicants based on their individual merits.

“This legislation demonstrates our compassion for struggling American families who deserve an immigration system that puts their needs first and that puts America first,” said Mr. Trump, adding that it would “restore the sacred bonds of trust between America and its citizens.”

Mr. Cotton said the current immigration system is “an obsolete disaster,” in which only 1 immigrant in 15 comes to the U.S. because of job skills.