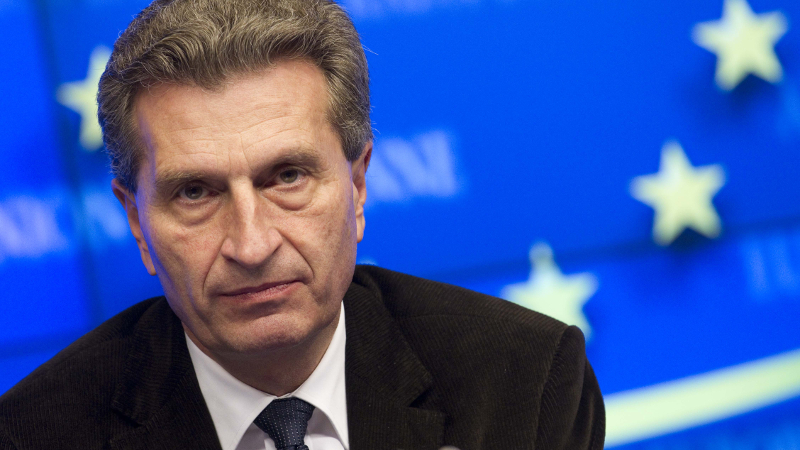 AKIPRESS.COM - The UK would have to honor its financial commitments to the EU until "at least 2020," despite Brexit, Deutsche Welle reported the EU's budget chief as telling the German newspaper Bild. The EU is mulling reforms to compensate for Britain's absence.

The UK has pledged funds to EU's long-term programs and those obligations would continue even after the country's scheduled departure from the bloc in 2019, EU Budget Commissioner Günther Oettinger told the Monday edition of the German daily Bild.

"As a result, London will have to transfer funds to Brussels at least until 2020," he said.

Oettinger's comments follow a UK media report that London is ready to pay up to 40 billion euros ($47.1 billion) in a way of an exit fee. The EU has previously signaled it was expecting at least 60 billion euros, although French economy minister Bruno Le Maire claimed the UK owed 100 billion euros for its divorce bill.

A source in the office of Prime Minister Theresa May later denied the Sunday report as "inaccurate speculation," according to the Guardian newspaper. Brussels is also reportedly prepared to take Britain to court if it does not agree on the price.