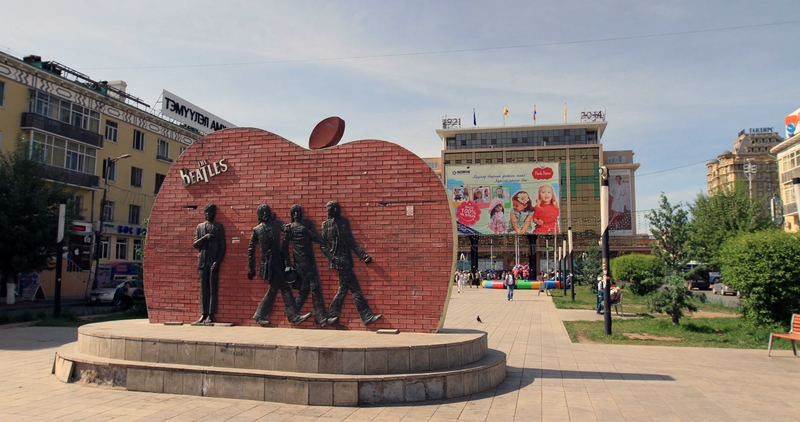 AKIPRESS.COM - A statue of the Beatles in Ulaanbaatar could be at risk amid an alleged land grab, protesters say, as rapid development turns a city once famed for wide open spaces into a cluttered metropolis.

Residents are protesting against plans to build commercial properties in an area known as Beatles Square, where a bronze bas-relief monument to the "Fab Four" commemorates the former Soviet satellite's transition to democracy in 1990, Reuters reported.

"For a long time there were stories about construction on the land, but nobody wanted to believe it," said Tsoggerel Uyanga, a community organizer and senior partner at research group MAD Investment Solutions.

The monument, erected in 2008 with donations from politicians, businessmen and artists, marks the site where Mongolians gathered to talk about banned Western pop music and soon became a quirky tourist attraction.

The protests began after an August 2 announcement that construction work would start, with residents calling the project a "land grab" and expressing fears the Beatles statue could be moved or even demolished.