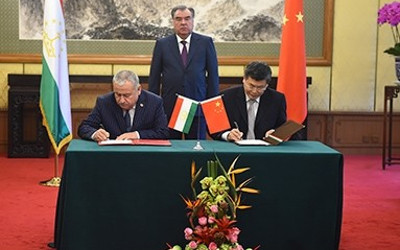 The Government of Tajikistan on September 3 signed an agreement with the Export–Import Bank of China on allocation of $79 million for rehabilitation of the 500 kV high-voltage power transmission line in the country, the press service of the Tajik President reported.


The document was signed on the sidelines of the BRICS Summit in Beijing, where President of Tajikistan Emomali Rahmon participated at the invitation of the Chinese President.

The agreement was signed by Minister of Finance of Tajikistan Abdusalim Kurboniyon and Vice President of the Chinese Bank Sun Pin.

Other documents on cooperation in scientific, agricultural and other spheres have been signed between Tajikistan and China.

A total of 24 documents on cooperation were signed during the Tajik President's visit to China.