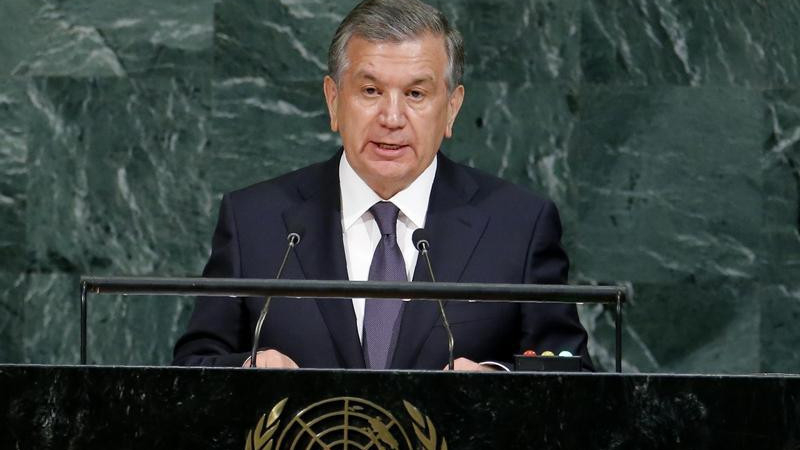 AKIPRESS.COM - In his inaugural address on Tuesday to the UN General Assembly, having assumed power last year, Uzbekistan’s President Shavkat Mirziyoyev used this global stage to pledge to protect human rights – a promise that breaks with Uzbekistan’s past. Now, it’s time to follow words with action, the Human Rights Watch says.


Until recently, this speech from an Uzbek President would have seemed inconceivable. Mirziyoyev served as prime minister to Islam Karimov, Uzbekistan’s late, long-time authoritarian leader who was the architect of the country’s atrocious human rights record.

Mirziyoyev’s remarks seemed aimed at moving on from Karimov’s terrible legacy, even expressing the goal to build “a democratic state and a just society” where “human interests come first”. Mirziyoyev added: “We are deeply convinced that people must not serve government bodies, rather government bodies must serve the people.”

The question is whether Mirziyoyev’s ambitious words, coupled with the modest steps his government recently made to relax repression – like releasing some political prisoners and easing the clamp-down on free speech – will turn into meaningful rights improvements.

Take three areas President Mirziyoyev highlighted in the speech, where action is important. First, the estimated one million people a year who are subjected to systematic forced labor in Uzbekistan’s cotton fields. The president flagged Uzbekistan’s cooperation on this issue with the International Labour Organization as evidence of progress. While cooperation is useful, the true marker of progress should be what is happening in the fields. Human Rights Watch and other groups continue to document forced labor, also during the current cotton harvest which started this month.

Second, exit visas. The president stressed that the arcane practice of Uzbek citizens requiring visas to leave the country had been abolished. This is true – but only from 2019 onwards. Implementing the change now would improve the lives of many people overnight.

Third, Uzbekistan’s openness to national and international nongovernmental groups. The president mentioned a welcome readiness for an “open dialogue” with such groups. Yet there are still restrictive, heavily bureaucratic and often arbitrary rules on their activities. Reforms would allow this sector to breathe freely.

This is a moment of hope for Uzbekistan’s people, and Mirziyoyev’s speech paints a picture of a new beginning. Let’s hope concrete steps will follow, spurring further confidence in the president’s approach.