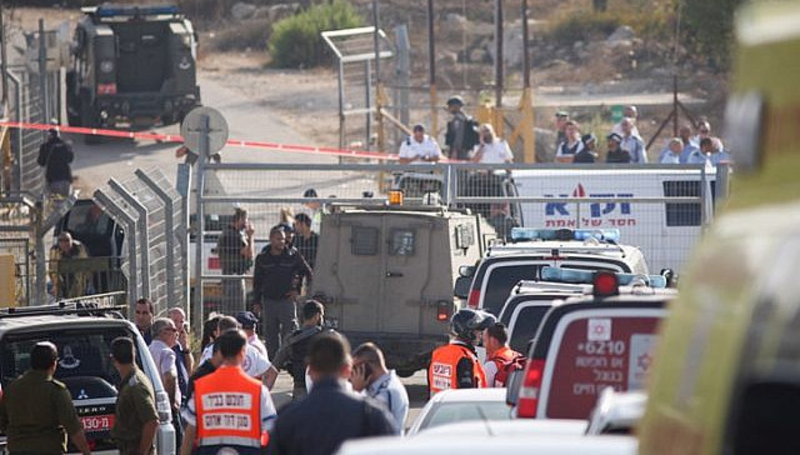 Emergency services respond to a terror attack outside the Har Adar settlement near Jerusalem, in which three were killed and one wounded, on September 26, 2017. (Hadas Parush/FLASH90)

AKIPRESS.COM - Three Israeli security officers were killed and one was seriously hurt in a terror attack outside the Har Adar settlement near Jerusalem early Tuesday morning, Times of Israel reported citing police.


According to police, the assailant arrived at the rear entrance of the settlement and opened fire on a group of security personnel, including Border Police officers and the community’s private guards, who were opening the entrance to Palestinian workers.

The terrorist, a laborer from the nearby Bayt Surik village, was shot and killed by security forces at the scene, police said. The 37-year-old approached the entrance to Har Adar just before 7 a.m. as part of a group of Palestinians who work in the settlement.

Police said the terrorist, a father of four, had a legal work permit, making him one of the few Palestinians with such a document to commit a terror attack in recent years. His permit was of a lower level and was only applicable for work inside Israeli settlements, like Har Adar, which lie along the “seam line” between the West Bank and Israel, according to the Shin Bet security service.