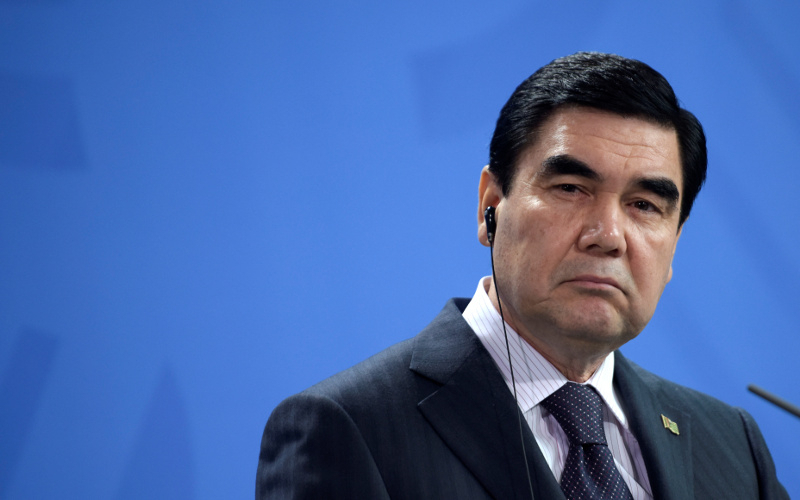 AKIPRESS.COM - President of Turmenistan Gurbanguly Berdymuhamedov was presented the highest honorary title of his country - the title of Hero of Turkmenistan, according to the state-run outlet Golden Age.

The decision to present the title to the head of state was adopted by the country's parliament, the Medjlis.

"The Turkmen leader was presented the title of Hero in recognition of his contribution to development of democratic and legal bases of the state, strengthening of sovereignty, constitutional order, independence and permanent neutrality of Turkmenistan, ensuring civil accord and national unity," the newspaper notes.

Berdymuhamedov was first awarded the title of the Hero of Turkmenistan in October 2011.

As the mass media were not included in the list of permitted activities during the state of emergency in Kyrgyzstan, AKIpress apologizes to its readers for reduced promptness and coverage of news.
Related content
President Jeenbekov congratulates Turkmen leader, people on Independence Day
President Berdimuhamedov to visit Kyrgyzstan
President Bedimuhamedov demonstrates his shooting skills while riding a bike