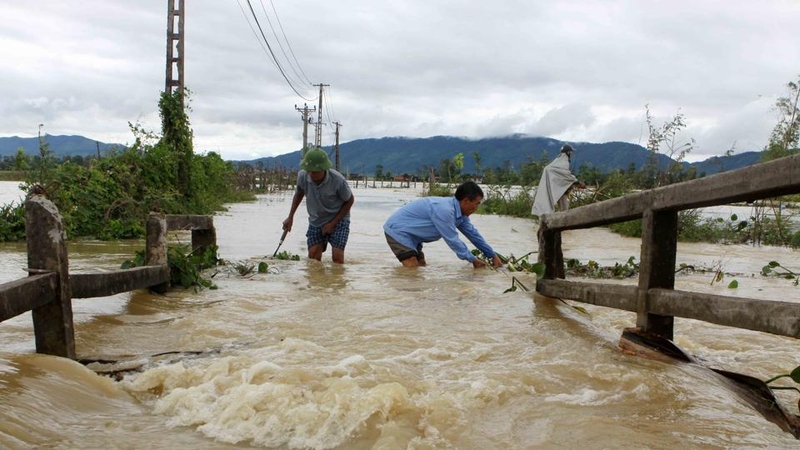 AKIPRESS.COM - At least 37 people were killed and another 40 are missing as floods and landslides ravaged northern and central Vietnam, Al Jazeera reported.


The disasters injured 21 people and destroyed or damaged more than 1,000 houses, submerged another 16,740 homes and damaged infrastructure and crops in six central and northern provinces, the Vietnam Disaster Management Authority said in a statement on Thursday.

In the hardest-hit northern province of Hoa Binh, 11 people died and 21 others were missing. Casualties include four families whose houses were buried in a landslide early Thursday while they were sleeping, killing six and leaving another 12 missing, disaster official Quach Viet Hoang said.

"We are mobilising all forces to search for the missing," a disaster official in the province told AFP news agency by phone.

Evacuations were ordered for 200,000 people in Ninh Binh province in the north.

A tropical depression hit central Vietnam on Tuesday and brought heavy rains. More rain is forecast for some parts of northern and central regions as a cold spell is moving from southern China to Vietnam, the disaster agency said.