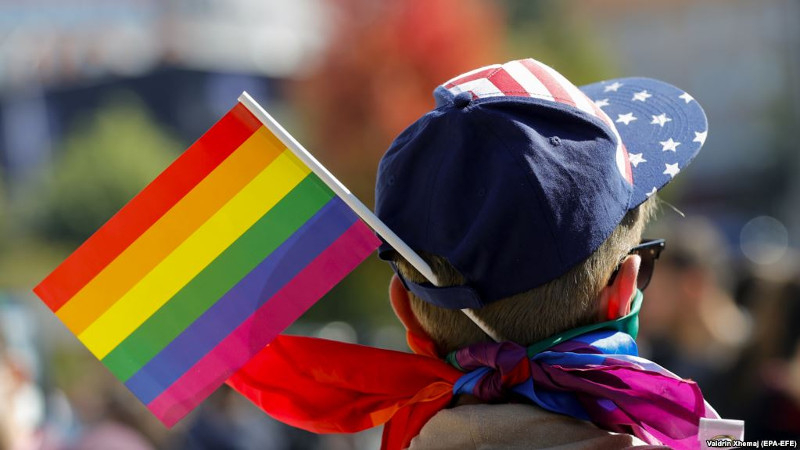 AKIPRESS.COM - A U.S.-based human rights group has called on U.S. Secretary of State Rex Tillerson to publicly raise concerns about the fate of the lesbian, gay, bisexual, and transgender (LGBT) community in Tajikistan, where the authorities say they have drawn up a registry of gay and lesbian citizens, the RFE/RL reports.


"The State Department needs to say loudly and clearly that attacks on LGBT Tajiks will not be tolerated." Human Rights First said on October 18, adding that the registry continued "a troubling pattern of persecution of LGBT communities in the former Soviet Union."

Tajik prosecutors say the authorities have drawn up a registry of 319 gay men and 48 lesbians in the Central Asian state following operations conducted out by federal prosecutors and the Interior Ministry.

An article in an official journal published this month by the Prosecutor-General's Office said the individuals were included in the list "due to their vulnerability in society and for their safety and to prevent the transmission of sexually transmitted diseases."

"Tajikistani authorities can dress this up any way they want, but they are fooling no one," Shawn Gaylord, advocacy counsel for Human Rights First, said in a statement. "This is not an effort to protect the LGBT community, it is the first step in a broader scheme to persecute them."

The state of LGBT rights in the former Soviet Union has triggered mounting concerns among global rights groups and Western governments in recent years.

Meanwhile, an alleged campaign of violence and torture against gay men in Russia's southern Chechnya region has drawn international condemnation and prompted European leaders to press Russian President Vladimir Putin on the matter.

The U.S. State Department "needs to act quickly and decisively to ensure that Tajikistan does not become the next Chechnya," Human Rights First said.