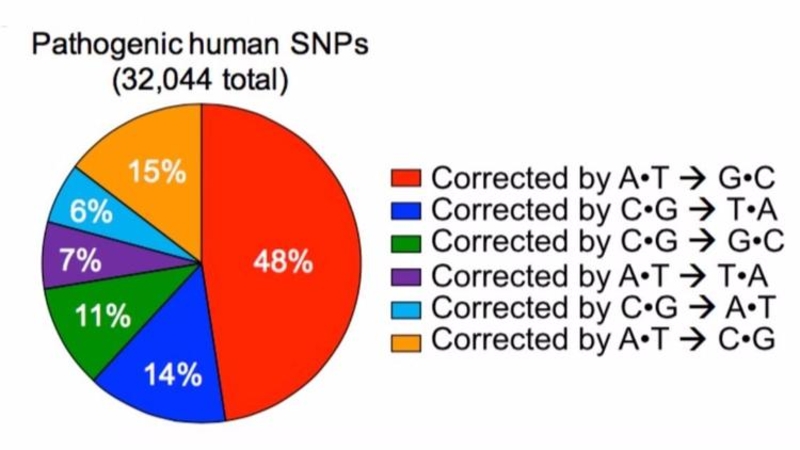 AKIPRESS.COM - Scientists from Harvard University have unveiled a new gene editor that uses the revolutionary CRISPR-Cas9 technology to target and change a single letter in a string of DNA bases — no cutting necessary, LA Times reported.


Considering that there are billions of letters in the human genome, converting one letter to another may not sound like much. But tens of thousands of human diseases can be traced to these tiny mistakes, scientists say.

If traditional gene editing is like taking a pair of molecular scissors to a DNA strand to alter a genome, then the new technique, known as base editing, is like using a pencil and eraser, scientists say.

Both methods have their place.

“If your task is to cut and paste something, then you need scissors. If your task is to fix just a single letter, a pencil is best,” said David Liu, a chemical biologist at Harvard University who led the work.

The first base editor was described by Liu’s group last year. At that time, however, they could only use the technology to turn the base cytosine (known in the DNA alphabet as C) into a base that acts like a thymine (known as T).

In the new study, published Wednesday in the journal Nature, the authors present a second base editor that can convert the base adenine (A) into the base inosine (I), which acts like guanine (G).

The new work is significant because it will allow scientists to use base editing to address many more single-letter mutations than was previously possible, said Krishanu Saha, a biomedical engineer at the University of Wisconsin Madison who was not involved with the research.