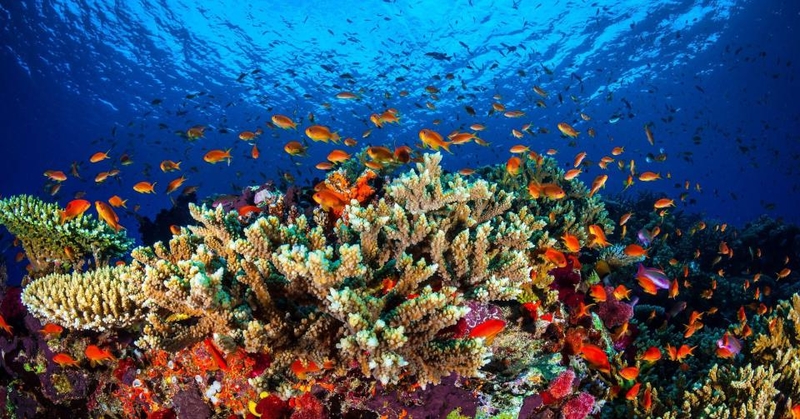 AKIPRESS.COM - Scientists have discovered a massive ancient hole in the Great Barrier Reef.

Experts dived 20 meters down into the hole, which was found in one of the least explored parts of the Australian natural wonder, The Sun reported.

There they discovered stunning healthy coral - a rare discovery given the reef suffers from widespread coral bleaching.

Bleaching occurs when corals are put under stress by warming seawater or some other threat and expel the algae that live in their tissue.

He wrote: "This Blue Hole has previously been described by geologists who suggested it could be even older than the famous Great Blue Hole, in Belize.

"It's (sic) location is in one of the least explored parts Great Barrier Reef, over 200km from Daydream Island. To get there we had to travel overnight for 10 hours and time the tides perfectly... Was well worth it!

"Inside the walls was similar to the site we explored a few weeks back, but this hole was deeper and almost perfectly circular.

"We dived down to just over 20m yesterday, before hitting bare sediment, that slowly sloped towards the centre.

"Again it was great to see big healthy coral colonies. Stay tuned for video footage of the coral within."