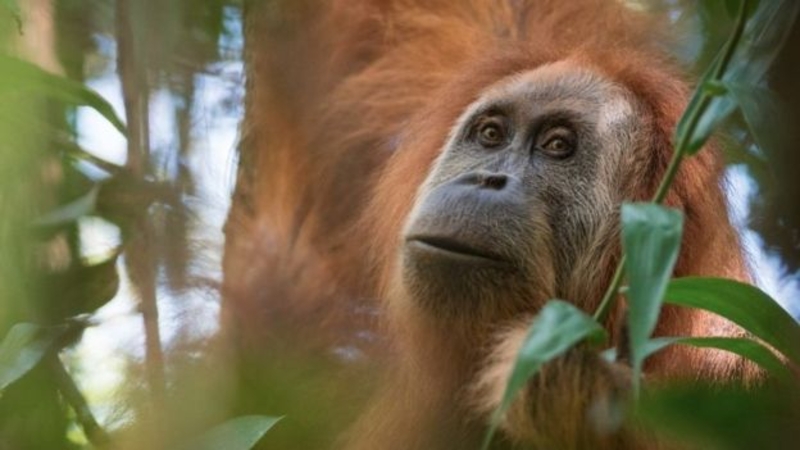 AKIPRESS.COM - Scientists who have been puzzling for years over the genetic "peculiarity" of a tiny population of orangutans in Sumatra have finally concluded that they are a new species to science.

The apes in question were only reported to exist after an expedition into the remote mountain forests there in 1997. Since then, a research project has unpicked their biological secret. The species has been named the Tapanuli orangutan - a third species in addition to the Bornean and Sumatran. t is the first new great ape to be described for almost a century, BBC reported.

Publishing their work in the journal Current Biology, the team - including researchers from the University of Zurich, Liverpool John Moores University and the Sumatran Orangutan Conservation Programme - pointed out that there are only 800 individuals remaining, making this one of the world's most threatened ape species.

Early on in their study, researchers took DNA from the orangutans, which showed them to be "peculiar" compared to other orangutans in Sumatra.

So the scientists embarked on a painstaking investigation - reconstructing the animals' evolutionary history through their genetic code.

One of the lead researchers, Prof Michael Krützen from the University of Zurich, Switzerland, explained to BBC News: "The genomic analysis really allows us to look in detail at the history.

"We can probe deep back in time and ask, 'when did these populations split off?'."

The analysis of a total 37 complete orangutan genomes - the code for the biological make-up of each animal - has now shown that these apes separated from their Bornean relatives less than 700,000 years ago - a snip in evolutionary time.