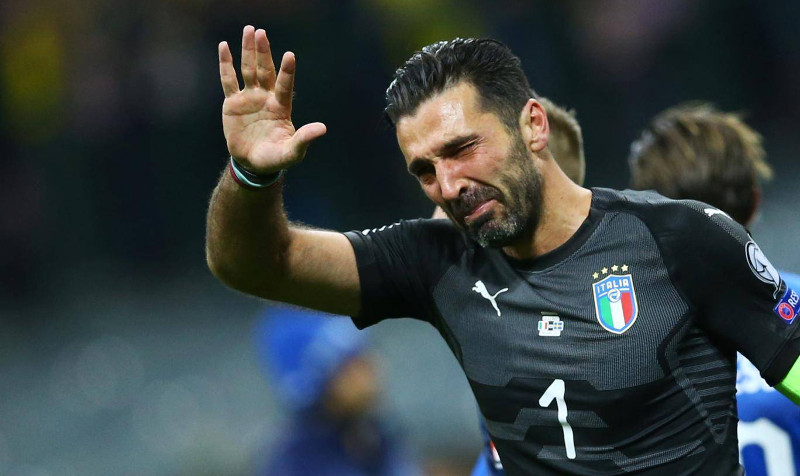 AKIPRESS.COM - A tearful Gianluigi Buffon said he was "sorry for all of Italian football" as he led a wave of international retirements after a World Cup play-off defeat by Sweden.

Italy were held to a 0-0 draw in Milan and failed to qualify for the World Cup for the first time since 1958, BBC Sport reported.

Buffon, 39, said: "It's a shame my last official game coincided with the failure to qualify for the World Cup. "Blame is shared equally between everyone. There can't be scapegoats."

Buffon's Juventus team-mate Andrea Barzagli and Roma midfielder Daniele de Rossi also ended their Italy careers, while Giorgio Chiellini is expected to join them. The quartet have won 461 caps between them.

Goalkeeper Buffon made 175 appearances for his country in a 20-year career - lifting the World Cup in 2006 - and believes the future could still be bright for the four-time world champions.

"There is certainly a future for Italian football because we have pride, ability, determination and after bad tumbles, we always find a way to get back on our feet," he said.

Italy manager Giampiero Ventura - under contract until 2020 - did not speak to national television after the defeat but arrived at a news conference 90 minutes after full time.