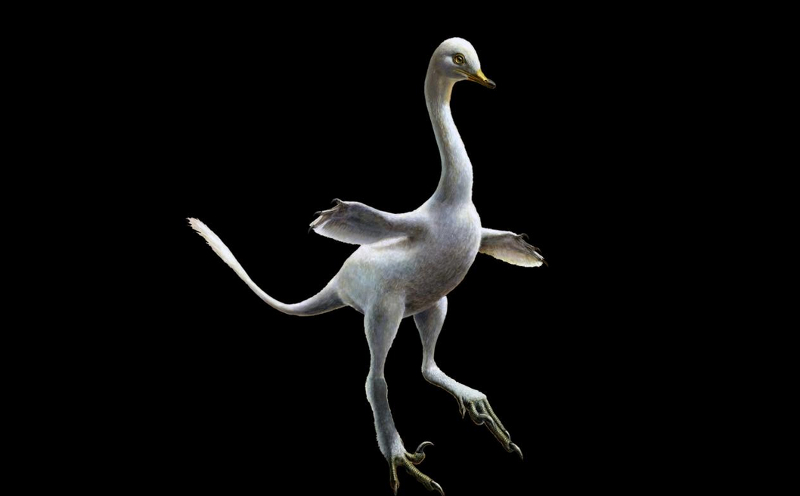 AKIPRESS.COM - More than 70 million years ago, a creature roaming Earth’s ancient wetlands may have looked like a duck and hunted like a duck—but it was really a dinosaur related to Velociraptor, National Geographic reports.

The fossil was poached from a fossil site in southern Mongolia and sold to private collectors before being spotted by French fossil dealer François Escuillié, who verified its authenticity, acquired it and provided it to researchers. The fossil will enter the collection of a Mongolian scientific institution.

Described based on a nearly complete skeleton still embedded in rock, Halszkaraptor escuilliei is an unusually amphibious theropod that lived in what is now Mongolia during the late Cretaceous. At the time, the area broadly resembled today’s Egyptian Nile, with nourishing lakes and rivers that coursed through an arid, sandy landscape.

Like modern aquatic predators, this dinosaur’s face seems to have had an exquisite sense of touch, useful for finding prey in murky waters. Its small teeth would have helped it nab tiny fish, and its limber backbone and flipper-like forelimbs suggest that it cut through the water with ease.

Few other known dinosaurs display Halszkaraptor’s apparent zeal for semi-aquatic living. The giant fish-eating theropod Spinosaurus became the first dinosaur known to swim in 2014, and it may have spent most of its time in water. By contrast, Halszkaraptor’s strong hindlimbs suggest that it had no problem walking on land for extended periods.

“When I saw the fossil the first time, I was shocked,” says Andrea Cau, a paleontologist at the University of Bologna and coauthor of the study describing the dinosaur appearing this week in Nature.

“The fossil was so complete, beautifully preserved, and at the same time so enigmatic and bizarre, with a completely unexpected mix of strange features. It was the most exciting challenge for a paleontologist!”