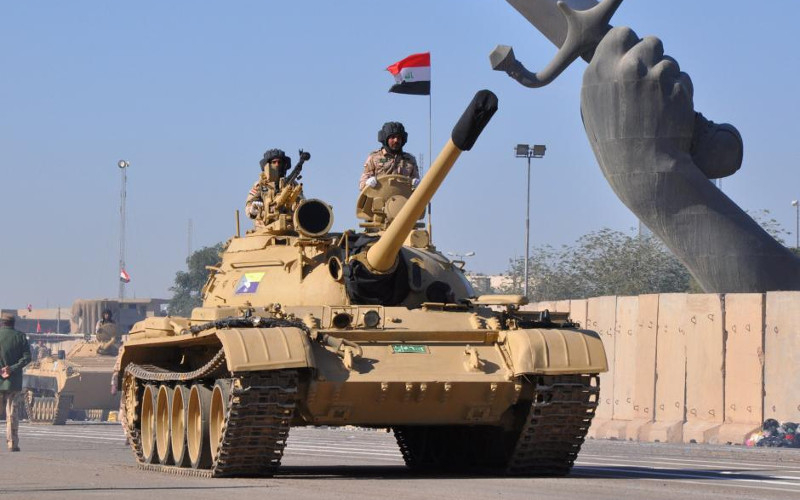 Abadi, who is also commander-in-chief of the armed forces, listened solemnly to Quranic verses from a chapter titled al-Nasr, meaning victory.

Iraqi forces recaptured the last areas still under Islamic State control along the border with Syria on Saturday and secured the western desert, marking the end of the war against the militants three years after they had captured about a third of Iraq’s territory.

Watching the parade on Sunday, state television showed Abadi sat on a throne-like chair placed between two Iraqi flags with the country’s official seal behind him, and with all other officials sat at a distance from him.

Abadi declared Dec. 10 would be an annual national holiday. Fighter jets were seen and heard flying over Baghdad’s skies.

An announcer introduced various factions who took on Islamic State as troops marched, tanks rolled by and helicopters hovered, all brandishing Iraqi flags as Abadi stood up and waved.