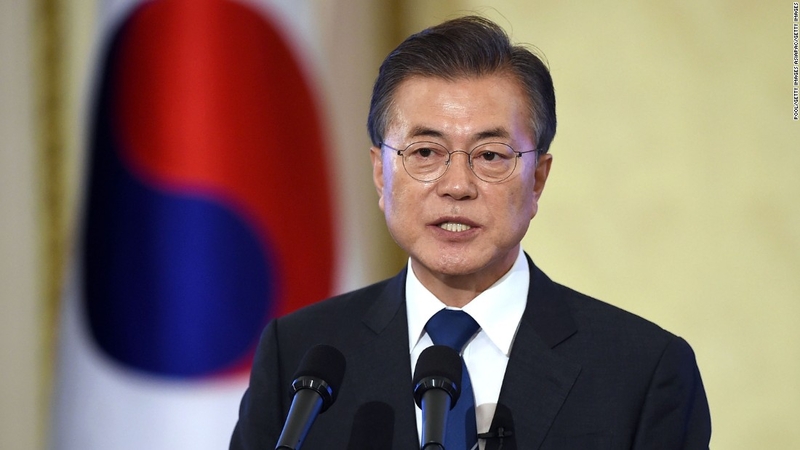 AKIPRESS.COM - South Korean President Moon Jae-in will unveil an array of TV talent and K-Pop celebrities at events, including a state dinner, in China on Thursday as he attempts to smooth out a year of difficult diplomacy with a star-laden charm offensive, Reuters reported.


South Korean celebrities, including some of those accompanying Moon, had been shut out of Chinese television and concert halls as relations cooled between the East Asian neighbours as they faced the threat posed by North Korea’s missile and nuclear programmes.

The thorniest issue was South Korea’s deployment of a controversial U.S. anti-missile system.

Moon is hoping to use his first visit to China since taking office in May to build support for a diplomatic solution to a crisis that has grown steadily through the year. Pyongyang tested its most advanced intercontinental ballistic missile on Nov. 29, which it said could put all of the United States within range, in defiance of international pressure and U.N. sanctions.

Moon kicked off his trip to China on Wednesday and spoke of the need to get bilateral economic exchanges back on track.

Moon plans to sign a memorandum with Chinese President Xi Jinping on Thursday in a step towards follow-up negotiations about services and investments under the South Korea-China Free Trade Agreement.

Top South Korean actress Song Hye-kyo, star of 2016’s hit drama “Descendants of the Sun” and the face of many South Korean cosmetics brands, will join Moon and Xi in a state dinner later on Thursday. Song will be joined by married South Korean and Chinese actors, Choo Ja-yeon and Xiaoguang Yu.

Boy band EXO, one of the top-earning artists of major K-Pop talent agency S.M. Entertainment, will also join Moon and Song at a bilateral business event earlier on Thursday.