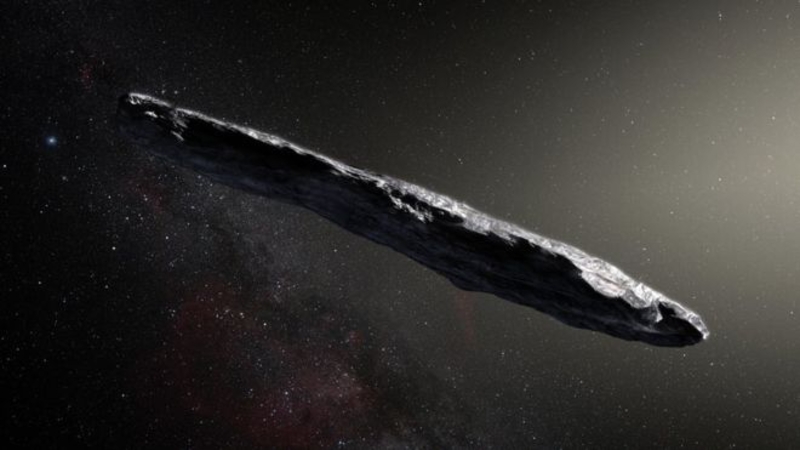 AKIPRESS.COM - The first known interstellar asteroid may hold water from another star system in its interior, according to a study.

Discovered on 19 October, the object's speed and trajectory strongly suggested it originated beyond our Solar System, BBC reported.

The body showed no signs of "outgassing" as it approached the Sun, strengthening the idea that it held little if any water-ice.

But the latest findings suggest water might be trapped under a thick, carbon-rich coating on its surface.

The results come as a project to search for life in the cosmos has been using a radio telescope to check for radio signals coming from the strange, elongated object, named 'Oumuamua.

Astronomers from the Breakthrough Listen initiative have been looking across four different radio frequency bands for anything that might resemble a signal resulting from alien technology.

But their preliminary results have drawn a blank. The latest research - along with a previous academic paper - support a natural origin for the cosmic interloper.

Furthermore, they measured the way that 'Oumuamua reflects sunlight and found it similar to icy objects from our own Solar System that are covered with a dry crust.

"We've got high signal-to-noise spectra (the 'fingerprint' of light reflected or emitted by the asteroid) both at optical wavelengths and at infrared wavelengths. Putting those together is crucial," Prof Alan Fitzsimmons, from Queen's University Belfast (QUB), one of the authors of the new study in Nature Astronomy.

He added: "What we do know is that the spectra don't look like something artificial."