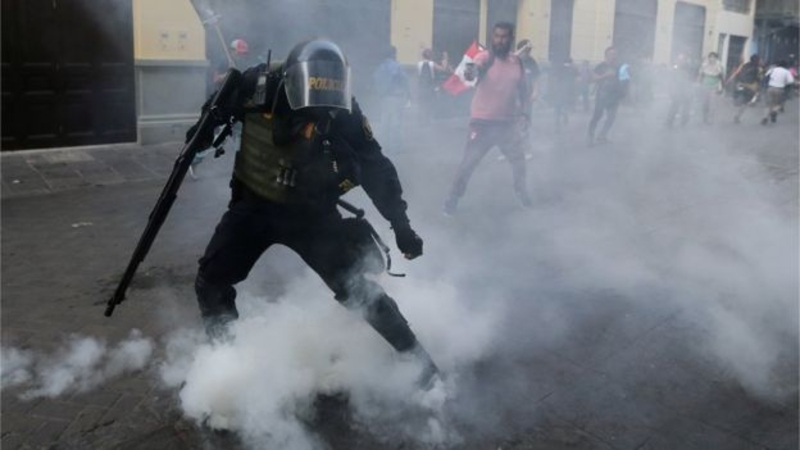 AKIPRESS.COM - Police in Peru have fired tear gas and clashed with thousands of protesters angry at the authorities' decision to pardon ex-President Alberto Fujimori, BBC reported.


"No to the pardon!" chanted crowds in the capital Lima, during a second day of unrest that began on Christmas Eve.

Mr Kuczynski acknowledged the anger at his decision but said he could not "allow Alberto Fujimori to die in prison".

Fujimori, who is serving 25 years for human rights abuses and corruption, was last week moved from jail to hospital.

The former president has low blood pressure and an irregular heartbeat.

Mr Kuczynski denies pardoning Fujimori as part of a deal with his party last week to avoid his own impeachment, for allegedly receiving illegal payments from the Brazilian construction giant Odebrecht.

Two members of President Kuczynski's party in the Peruvian Congress, Vicente Zeballos and Alberto de Belaunde, have resigned in protest at the pardon.