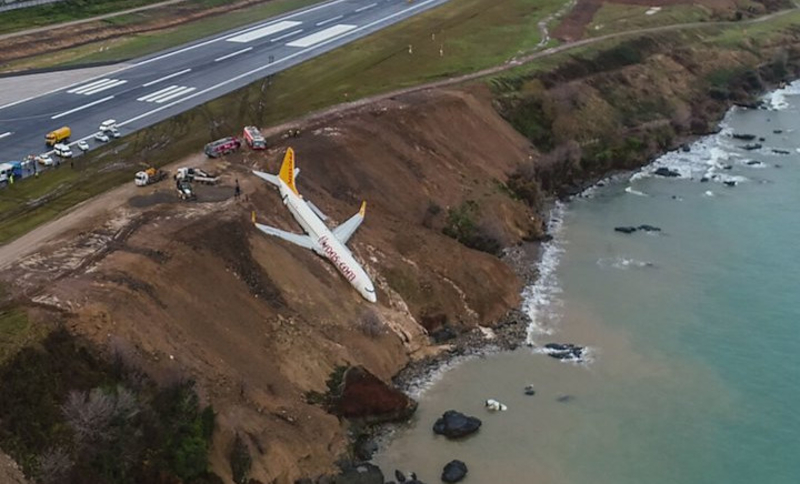 AKIPRESS.COM - None of the 168 passengers and crew members on board the Pegasus Airlines flight were hurt after the plane run off the runway and nearly plunged into the Black Sea, according to Reuters.

Everyone was safely evacuated.

The Turkish airline said in a statement that the Boeing 737-800 aircraft had been flying from Ankara to Trabzon and “had a runway excursion incident” as it landed. “We tilted to the side, the front was down while the plane’s rear was up. There was panic; people shouting, screaming,” a passenger named Fatma Gordu told state-run news agency Anadolu.

An investigation into the cause of the accident has been launched, reported the BBC. Provincial governor Yucel Yavuz said the Trabzon airport was closed for several hours while authorities conducted a probe into the incident.