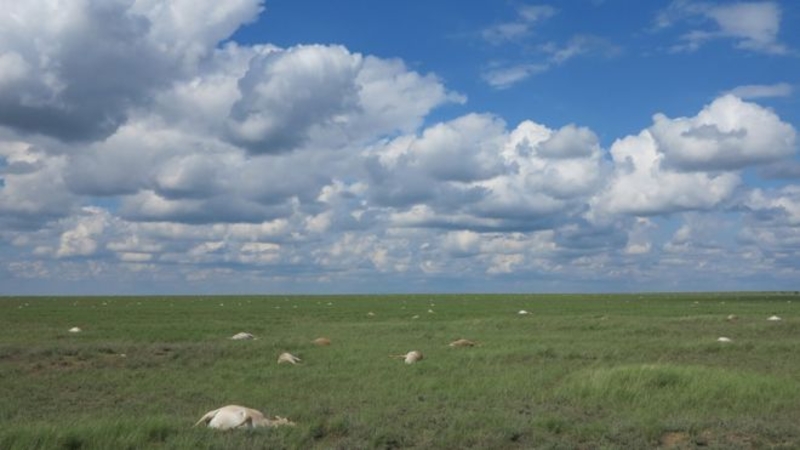 AKIPRESS.COM - A mass die-off of wild antelopes in Kazakhstan was triggered by environmental factors, scientists believe.

More than 200,000 saiga antelopes collapsed and died suddenly in 2015, wiping out most of the global population. The deaths were found to be caused by a bacterial infection.

However, new data shows other factors were involved too, including unusually high humidity and temperatures, BBC reported. Researchers think changing environmental conditions could be a trigger for the bacterial onslaught, although this needs further research.

They say there is a high chance of the same thing happening again, given climate change predictions for the region.

He said the event went way beyond what would normally be expected from a bacterial disease of this kind.

"The whole thing was really extraordinary," he said. "It's very very likely to happen again."

The multi-disciplinary team used statistical analysis to look at environmental conditions at the time.