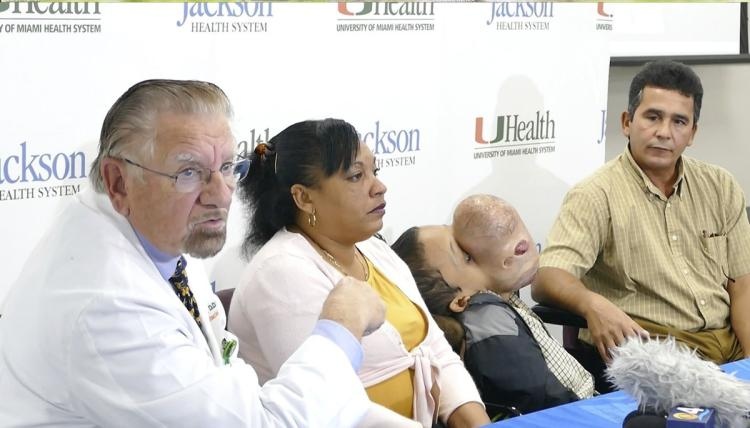 AKIPRESS.COM - A 14-year-old boy suffering from a rare medical condition that caused a 10-pound tumor to emerge on his face died after undergoing surgery, according to one of the doctors in charge of the procedure, NBC News reported.


"Our condolences and prayers for Emanuel's family and the loss of a very brave young man," said Dr. Robert E. Marx, a surgeon at Jackson Memorial Hospital. "Another angel has arrived in Heaven."

Zayas’ parents tried for years to get help. Doctors were able to get a temporary visa for the boy and his family to come to Miami from Cuba to have the surgery, which was scheduled in January at Jackson Memorial Hospital.