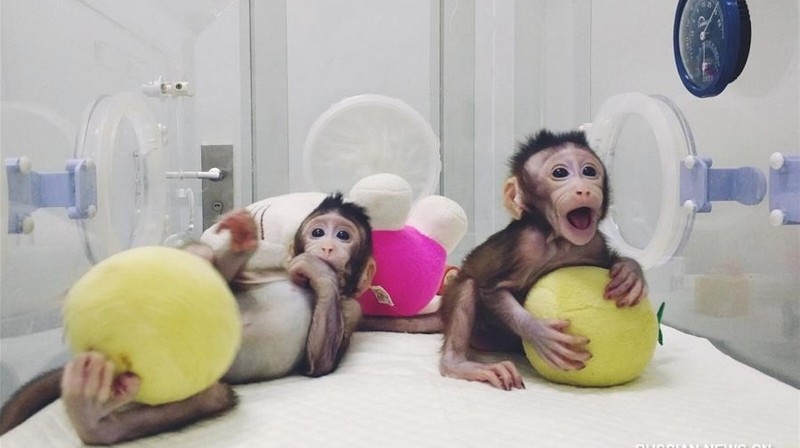 AKIPRESS.COM - Chinese scientists have cloned monkeys using the same technique that produced Dolly the Sheep two decades ago, breaking a technical barrier that could open the door to copying humans, ABC News reported.

Zhong Zhong and Hua Hua, two identical long-tailed macaques, were born eight and six weeks ago, making them the first primates — the order of mammals that includes monkeys, apes and humans — to be cloned from a non-embryonic cell.

It was achieved through a process called somatic cell nuclear transfer (SCNT), which involves transferring the nucleus of a cell, which includes its DNA, into an egg which has had its nucleus removed.

Researchers at the Chinese Academy of Sciences Institute of Neuroscience in Shanghai said their work should be a boon to medical research by making it possible to study diseases in populations of genetically uniform monkeys.

But it also brings the feasibility of cloning to the doorstep of our own species.

"Humans are primates. So [for] the cloning of primate species, including humans, the technical barrier is now broken," said Muming Poo, who helped supervise the program at the institute.

"The reason … we broke this barrier is to produce animal models that are useful for medicine, for human health.