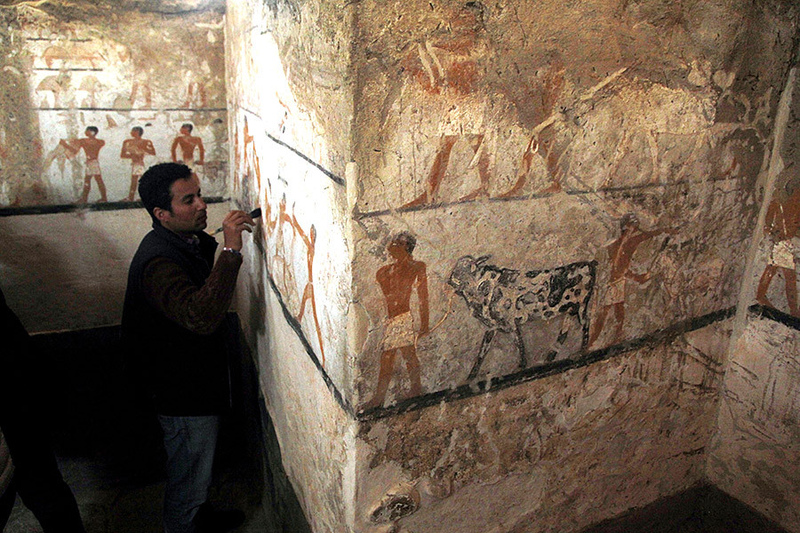 AKIPRESS.COM - Archaeologists in Egypt have discovered a 4,400-year-old tomb near Cairo that contains rare wall paintings and is believed to belong to a high-ranking Egyptian priestess, government officials said on Saturday.

The tomb is thought to be that of a priestess named Hetpet, Mostafa Waziri, the secretary general of the Supreme Council of Antiquities, said at the archaeological site, near the Giza pyramids, according to a video recorded by Agence France-Presse.

Officials unveiled the discovery to reporters on Saturday. The Egyptian authorities have hoped that a surge in discoveries will attract more tourists to the country.