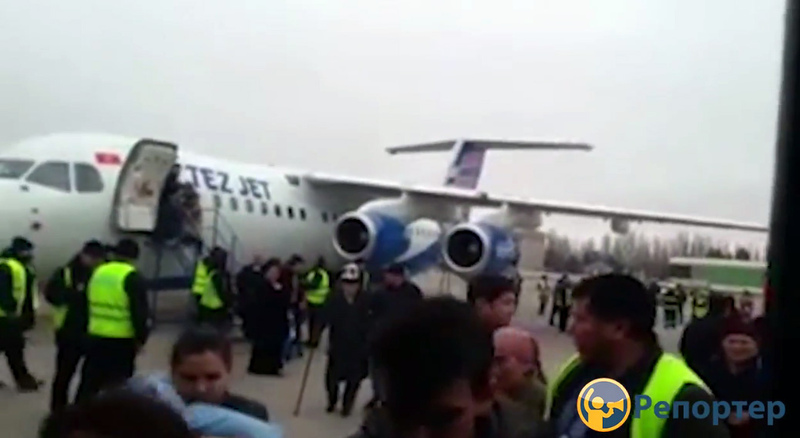 AKIPRESS.COM - An aircraft of the Tez Jet company made an emergency landing on March 1 because of, according to the Manas International Airport, a breakdown in the left engine of the plane.

The RJ-85 plane en route from Bishkek to Batken had to make emergency landing in Manas airport on March 1 at 14:52. The plane took off at 14:22.

96 people were on board, nobody was injured, the airport said.

The Civil Aviation Agency set up a commission to study the circumstances. The Tez Jet declined to comment.