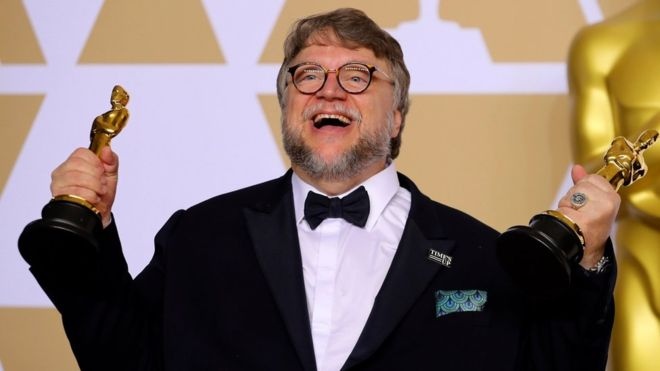 The live show averaged 26.5 million total viewers, down from 32.9 million in 2017, according to Nielsen data reported by the ABC network, which broadcast the event.

However, these figures do not include digital and mobile viewing.

The 90th edition of the Oscars was still expected to be most-watched non-sporting US television event of 2018.

Despite the reported fall in viewing figures, prices for advertising slots on US networks rose significantly.

Media analysts say that advertisers spend significant amounts on shows that bring in live audiences as they are more likely to watch commercials than those viewing shows or events that have been recorded.

The Oscars ceremony has been broadcast since 1953, while audience figures date back to 1974.