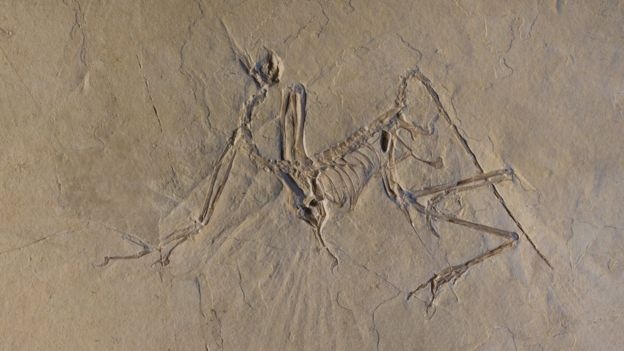 AKIPRESS.COM - The famous winged dinosaur Archaeopteryx was capable of flying, according to a new study, BBC reported.

An international research team used powerful X-ray beams to peer inside its bones, showing they were almost hollow, as in modern birds.

Archaeopteryx has been a source of fascination since the first fossils were found in the 1860s.

Treading the line between birds and dinosaurs, the animal was a similar size to a magpie, with feathered wings, sharp teeth and a long bony tail.

After scanning Archaeopteryx fossils in a particle accelerator known as a synchrotron, researchers found its wing bones matched modern birds that flap their wings to fly short distances or in bursts.

"We imagine something like pheasants and quails," he told BBC News. "If they have to fly to evade a predator they will make a very quick ascent, typically followed by a very short horizontal flight and then they make a running escape afterwards."